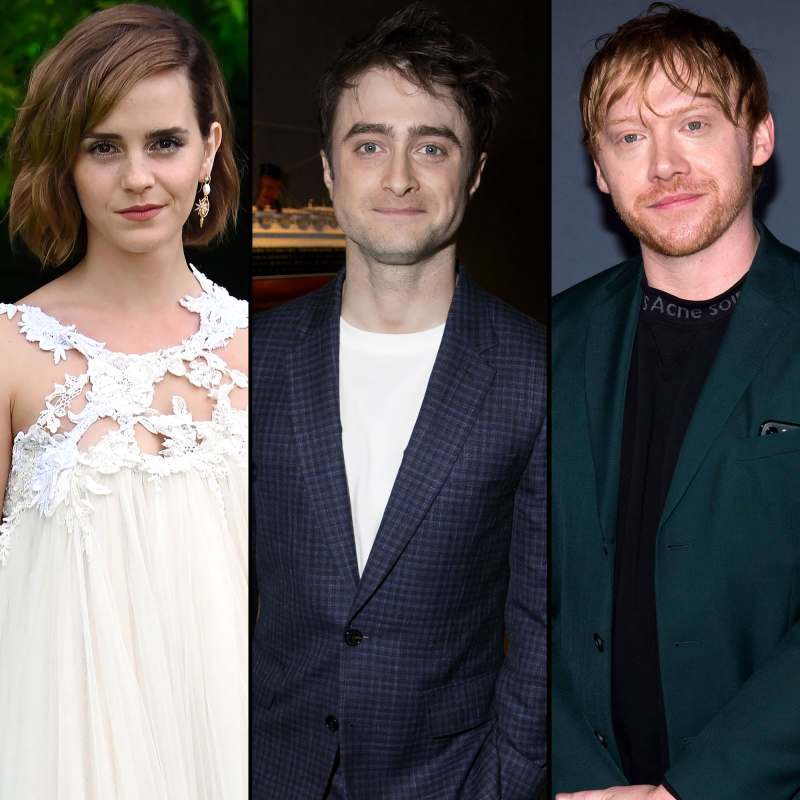 The original Hogwarts wizarding trio is meeting to retell their adventures.

The prospect of a “Harry Potter” reunion has us Wingardium Leviosa-ing. And it’s finally happening.

Return to Hogwarts will reunite the actors who played Harry Potter, Hermione Granger, and Ron Weasley as they reflect on their experience with the franchise, which began in 2001 with Harry Potter and the Sorcerer’s Stone.

The retrospective special will premiere on HBO Max on January 1 at midnight, and will also air on TBS and Cartoon Network in spring 2022, before the theatrical release of “Fantastic Beasts: The Secrets of Dumbledore,” the third film in the “Fantastic Beasts” prequel trilogy.

According to HBO Max, the documentary will “tell an enchanting making-of story through all-new, in-depth interviews and cast conversations.” HBO Max is now streaming all eight of Warner Bros.’ original “Harry Potter” films.

“Happy 20th Anniversary Potterheads!” Watson wrote on Instagram Tuesday. “Thank you to the fans that have continued to show their support well after the last chapter closed. The magic of the world wouldn’t exist without you. Thank you for fighting to make it such an inclusive and loving place.”

The teaser clip suggests that many more familiar personalities will join them for the spectacular occasion at the Warner Bros. Studio Tour London – The Making of Harry Potter. Without the Weasleys, no Wizarding World reunion would be complete. Grint will be accompanied by James Phelps (Fred Weasley), Oliver Phelps (George Weasley), Mark Williams (Arthur Weasley), and Bonnie Wright in the role of Fred Weasley (Ginny Weasley).

“It has been an incredible journey since the debut of ‘Harry Potter and the Sorcerer’s Stone, and witnessing how it has evolved into this remarkable interconnected universe has been magical to say the least,” said Tom Ascheim, president of Warner Bros. Global Kids, Young Adults, and Classics. “This retrospective is a tribute to everyone whose lives were touched by this cultural phenomenon—from the talented cast and crew who poured their heart and soul into this extraordinary film franchise to the passionate fans who continue to keep the Wizarding World spirit alive 20 years later.”

“There’s magic in the air here with this incredible cast, as they all return home to the original sets of Hogwarts, where they began 20 years ago. The excitement is palpable as they prepare to take their fans on a very special and personal journey, through the making of these incredible films,” executive producer Casey Patterson remarked.

J.K. Rowling, the author of “Harry Potter,” who has been chastised for her anti-trans statements, is currently not planned to appear in the program. However, “Harry Potter 20th Anniversary: Return to Hogwarts” will incorporate archival video of Rowling discussing the film series.

An exclusive first look at the special will air during the Nov. 28 (8 p.m. ET/PT) launch of the bracket-style quiz competition “Harry Potter: Hogwarts Tournament of Houses” on TBS and Cartoon Network. The four-part event, hosted by Helen Mirren, will include fans battling for the Tournament of Houses championship trophy, as well as cameos from “Harry Potter” film alumni Tom Felton, Simon Fisher-Becker, Shirley Henderson, and Luke Youngblood, as well as superfans Pete Davidson and Jay Leno. On January 1, “Hogwarts Tournament of Houses” will also be available on HBO Max.