Megan Fox shared a new photo on Instagram that has people wondering if it’s Kim Kardashian. Her long, black locks have been dyed a new shade of silvery gray, which not only makes her gorgeous blue eyes sparkle with color, but also gives her an altogether new appearance for her new part in Johnny & Clyde.

“This is what the devil’s daughter look like. #JohnnyAndClyde. Coming Spring 2022,” she captioned a selfie, tagging hairstylist Miles Jeffries and makeup artist Clarissa Luna. 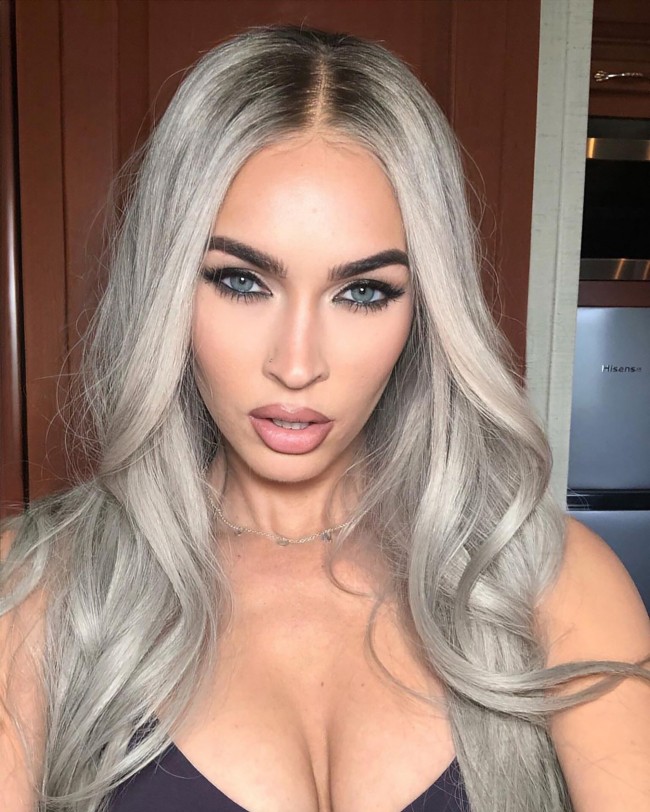 In the thriller, Fox plays a devilishly charming crime lord whose casino is the target of two serial killers who are in love and on the run. It appears to be a job she can get her teeth into as an actress, but her fans aren’t interested in that.

Megan’s post prompted Kim comparisons. “Damn the Kardashians got to her,” a follower commented on her post. “Wait I though this was Kim Kardashian,” another person wrote. Someone else chimed in: “Kim Kardashian feelings.”

“Megan is taking the resemblance of Kim Kardashian makes me sad,” one person said, apparently dissatisfied with Megan’s new look. “Damn the kardashians got to her,” someone else said.

Megan has been spending more time with the Kardashian family in recent months, mostly with Kourtney Kardashian, so the Kardashian influence isn’t far off. Machine Gun Kelly, the Transformers star’s boyfriend, and Travis Barker, Kourtney’s beau, are pals and music collaborators. 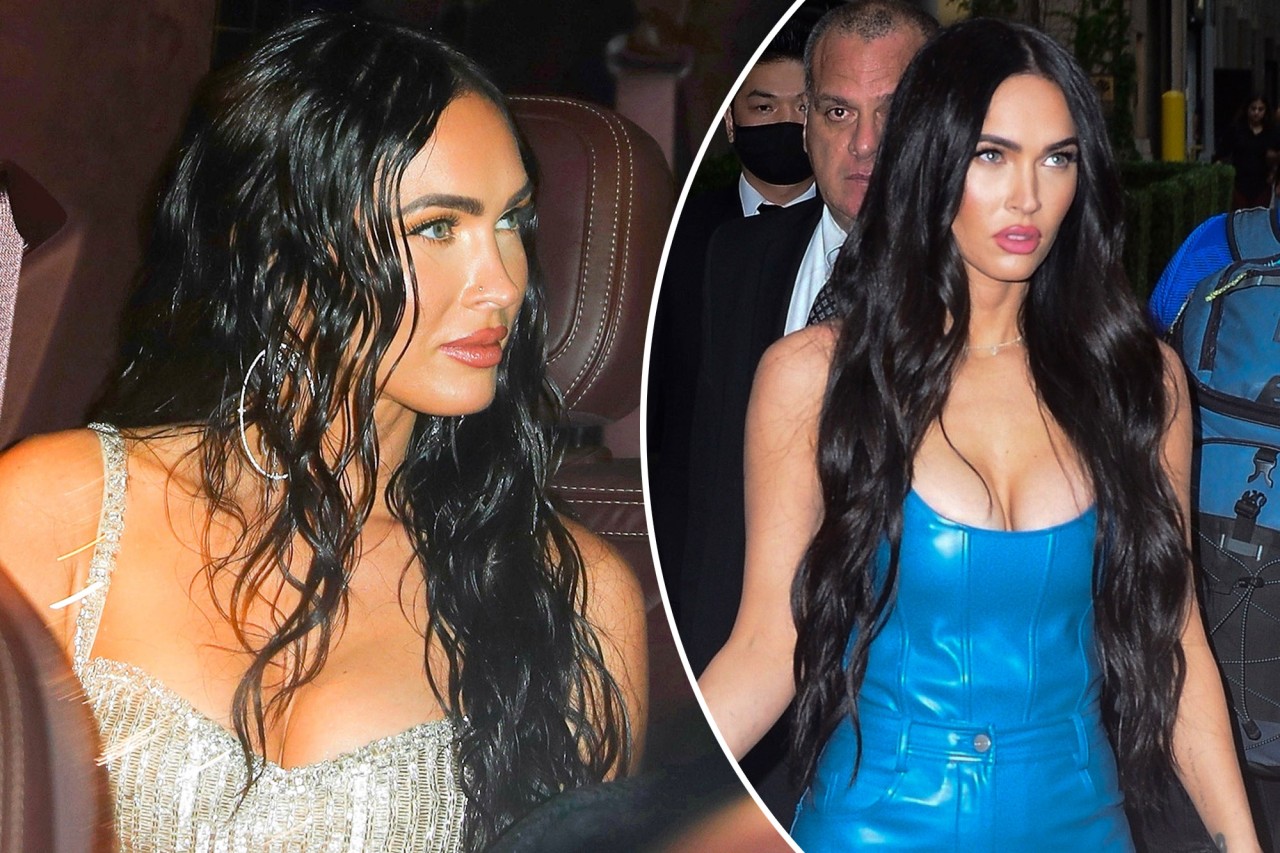 The actress wore a nearly-naked outfit on stage with Kourtney to welcome Barker and Kelly at the 2021 VMAs, referring to the rockers as their “future baby daddies.”

After posting topless photos for a new campaign for SKIMS, which is owned by Kanye West’s estranged wife, Fox and the Poosh creator sparked social media mayhem in September. The two buddies were photographed wearing nothing but black thongs and covering their chests with their hands in photographs published on their individual Instagram pages.

“Kourt, forever isn’t long enough. Welcome to our SKIMS Cotton Shoot – an immersive experience @skims,” Megan wrote in her caption. Kourtney, meanwhile, captioned her own post by noting, “And those who were seen dancing were thought to be insane by those who could not hear the music.”

In September, a source told Us Weekly, “Megan and Kourtney have grown closer as friends over the last two months. They act like best friends when they’re together. Kourtney has been spending more time with Megan than some of her sister. It’s mainly because she and Travis are inseparable and Travis and Machine Gun Kelly are very close, so usually they bring along their girlfriends to hand out with them.”

Fox is known for matching her clothing to her boyfriend’s stage-ready look, and with her new hairdo, she’s getting closer to matching his platinum blond locks as well.