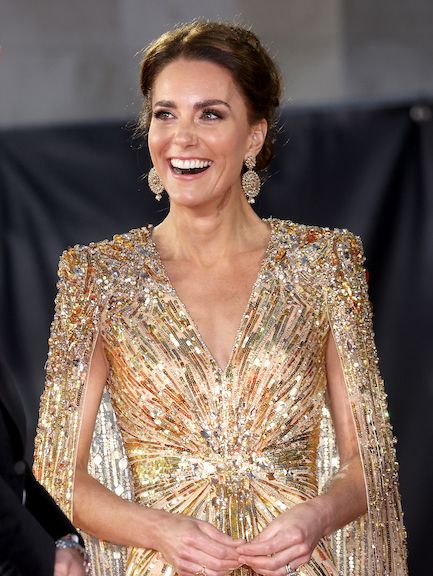 Kate Middleton is usually gorgeous, but still the Jenny Packham gown she wore to the premiere of the new James Bond film No Time to Die on September 29 was outstanding. Headlines throughout the world hailed Kate’s stunning look, saying she dominated the event, looked “extra royal,” and projected a Princess Diana aura. And, on that last point, Us Weekly reports that the analogies to Diana were deliberate.

“Kate admired Diana’s taste in fashion before William came into her life,” a source close to the Duchess said.

“During her school days she’d tell friends that Diana was her style icon.”

They said that Kate was seeking to honor her late mother-in-law’s memory by “channelling the dress Diana wore at the View To A Kill premiere.”

Diana at the 1985 premiere of the James Bond film ’View to a Kill.’
Princess Diana Archive
Getty Images

And it’s true that, in 1985, Princess Diana attended the premiere of the James Bond film in a shimmering, show-stopping silver gown by British designer Bruce Oldfield, along with matching silver stilettos that looked eerily identical to Kate’s:

Both dresses are long-sleeved and belted at the waist and feature magnificent metallic fabric, plunging V-necklines, structured shoulders, and sunburst ruching in the bodice, to mention a few details.

In addition, the royal family as a whole benefited from Kate’s ultra-glam look, according to the insider. “William was in awe of Kate as she led the way down the red carpet, interacting with fans and Charles and Camilla,” they said. “[She was] giving a sense of unity and showing the world that the royal family is still thriving.” 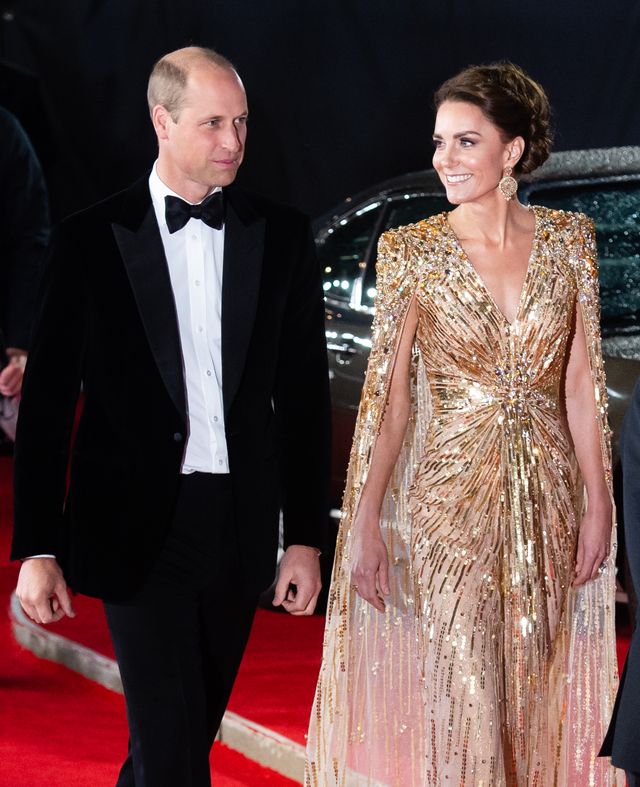 William and Kate at the ’No Time to Die’ premiere in September.
Samir Hussein / Getty Images

This isn’t the first time the Duchess of Cambridge has paid a lovely homage to her legendary royal predecessor’s design style.

When Kate and William announced the birth of Prince George in 2013, she wore a Jenny Packham blue and white polka dot china dress.

Her clothing immediately reminded us of Diana’s green polka dot ensemble when she brought Prince William home from the hospital in July 1982.

Kate and her sister-in-law, Meghan Markle, have used their fashion to honor their late mother-in-law, who helped mold both of her two boys. We love witnessing the subtle ways these women utilize dress and style to express a statement and remember Princess Diana as a style icon with each new event. It’s evident what an influence the late Princess of Wales had on these women, and we can’t wait to see how it continues to influence their style in the coming years.