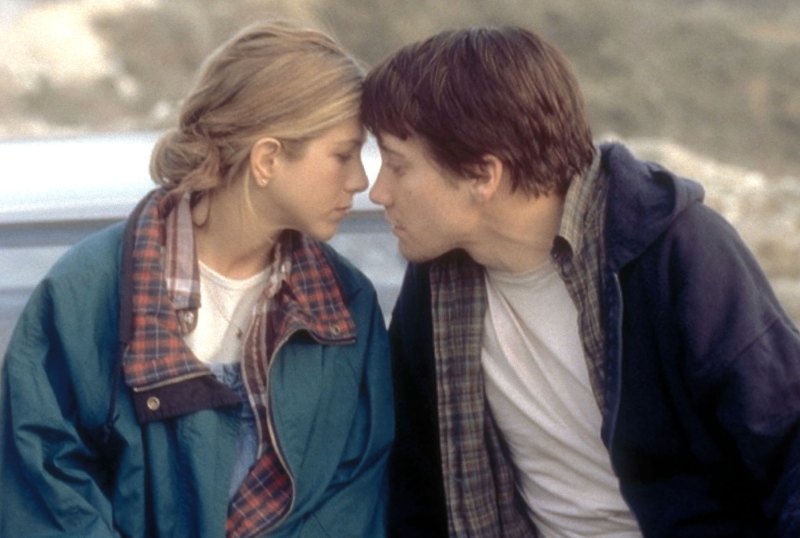 Jake Gyllenhaal described filming sex sequences with Jennifer Aniston as “torture” on the set of their 2002 thriller The Good Girl. It’s all because he had a thing for her.

Jake was speaking with Howard Stern about his new film The Guilty when the host joked that the romance parts in the 2002 comedy-drama must have been difficult.

“[Filming the sex scenes] was torture, yes it was,” Gyllenhaal said. “But it was also not torture. I mean, come on, it was like a mix of both.

“Weirdly, love scenes are awkward, because there are maybe 30, 50 people watching it? That doesn’t turn me on,” he continued. “It’s oddly mechanical. And also it’s a dance, you’re choreographing for a camera. You can get in it, but it’s like a fight scene, you have to choreograph those scenes.” 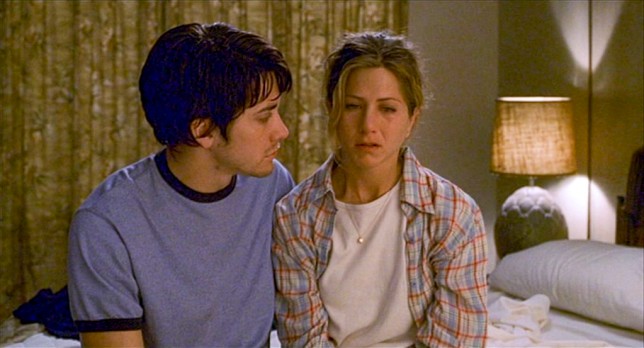 Jake and Jennifer starred together in The Good Girl (Picture: Fox Searchlight Pictures)

Gyllenhaal portrays Holden, a young cashier who initiates a relationship with his older coworker Justine (Aniston), who is battling with her melancholy and an emotionally unavailable spouse, in the independent film directed by Miguel Arteta and written by White Lotus creator Mike White.

In the film, the protagonists form an unexpected emotional relationship that rapidly turns sexual. The Inside Amy Schumer alum said that there are tactics performers employ to keep things professional on set.

Gyllenhaal acknowledged to using “the pillow technique” when filming The Good Girl, saying, “That was just preemptive and used generally always when actually in a horizontal place in that movie.”

“Everything else is whatever it was. I remember those two characters did a lot of making out on like, boxes in the back room.”

‘I think that was actually a Jennifer suggestion. I think she was actually very kind to suggest it before we began… She was like, “I’m putting a pillow here.” That was it, that was all she said.’

Working with The Morning Show star Gyllenhaal has been described as “a little rough” in the past, but only because he “had a crush on her for years,” as he told Entertainment Weekly in 2016. At the time, he stated, “That’s all I’m going to say. It was lovely. It wasn’t hard, that’s what I would say.”

Gyllenhaal’s most recent feature, an English-language version of the Danish thriller The Guilty from 2018, is now available on Netflix.