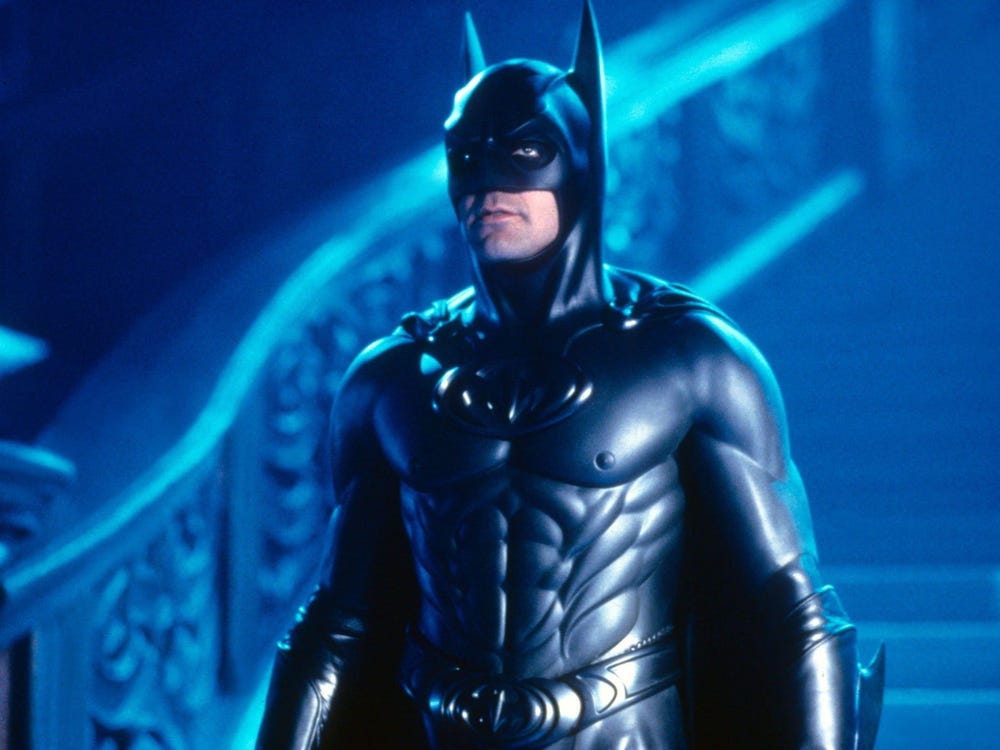 George Clooney is well aware that his portrayal of Batman was a disaster.

Clooney’s Batman saga was brought up on the red carpet while promoting ‘The Tender Bar,’ an upcoming picture he directed starring Ben Affleck, and the actor had a few choice words about it. Clooney explained, “I did one superhero movie and I f***** it up so bad they won’t let me near the set.”

Clooney played Batman on the big screen after Michael Keaton and Val Kilmer, albeit Batman & Robin was a critical and commercial flop that effectively put the series on hold for several years.

The outfit, with its now-infamous ‘Bat-nipples,’ was one of the film’s most vehement criticisms, but Clooney refused to address it.

Clooney said during the Q&A, ‘I don’t want to get into all the bat nipples.’

George’s brief appearance as Batman taught him that his skills are best shown outside of major superhero movies. “My work, where my bread is buttered, is the kind of films that I grew up in the ’60s and ’70s, which is sort of the prime time for American filmmaking, which were all story-based,” he explained at the screening.

Clooney also claimed that he would not show Batman to his wife or children. “There are certain films I just go, ‘I want my wife to have some respect for me,’” Clooney said.

“I wasn‘t good in it, it wasn’t a good film. What I learned from that failure was that I had to relearn how I was working,” the 60-year-old explained.

“Now, I wasn‘t just an actor getting a role, I was being held responsible for the film itself,” he added.

Clooney stated late last year that his Batman will not be included in the next “The Flash” film, which would feature numerous versions of Batman, including Michael Keaton’s and Ben Affleck’s.

He told Empire at the time, “Somehow I didn’t get that call.  They did not ask for my nipples.”

The Tender Bar, starring Ben Affleck and Tye Sheridan, will be released in theaters on December 17th.