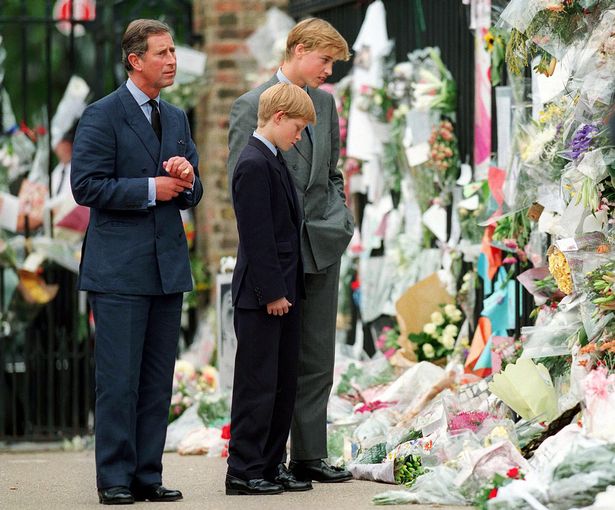 Princess Diana’s sad death 24 years ago today shocked the world and the royal family, but her beloved sons, Princes William and Harry, were affected the hardest.

The relationship between Prince Charles and Diana had ended, and the pair had divorced the year before, in 1996.

Following Diana’s death in Paris, the Prince of Wales allegedly had a disagreement with the Queen on how Diana’s remains should be returned to the United Kingdom. According to reports, Prince Charles intended to fly to Paris to carry Diana’s body home aboard the royal jet.

The monarch had originally denied his request, but Charles refused to give up and the Queen agreed to let him go to Paris, where Diana died 24 years ago today.

“This was a surprising and brave move,” said Richard Kay, a journalist and Diana’s friend, in the Channel 5 documentary Diana: 7 Days That Shook the Windsors.

“He was an ex-husband, he had no right to be there other than as the father of her sons.

“Charles wanted to take the royal flight to Paris but the Queen wouldn’t allow it.

“Charles fought harder for Diana than he had ever fought for her in her lifetime.”

Prince Charles eventually traveled to Paris with Princess Diana’s sisters, Lady Jane Fellows and Lady Sarah McCorquodale, to retrieve her body and return her to the United Kingdom.

Paul Burrell, Diana’s former butler, was already in the hospital with several of her other closest staff members.

He said: “He was devastated. This was a woman he had loved in his own way.”

After a brief stay at the hospital, Charles and Diana’s sisters, as well as Diana’s coffin, emerged. At the prince’s request, it was draped with the Royal Standard.

Princess Diana’s casket was carried to a royal aircraft waiting at a Paris airport.

Before being transferred to St James’s Palace and subsequently Kensington Palace, she was taken to a private morgue.

Princess Diana’s funeral was conducted on September 6, 1997, after rapid funeral preparations were completed.

The Royal family was staying in Balmoral with the Queen and Prince Philip at the time of Diana’s death.

As part of the burial procession, Charles walked behind the coffin with his sons, Diana’s brother Charles Spencer and Prince Philip.