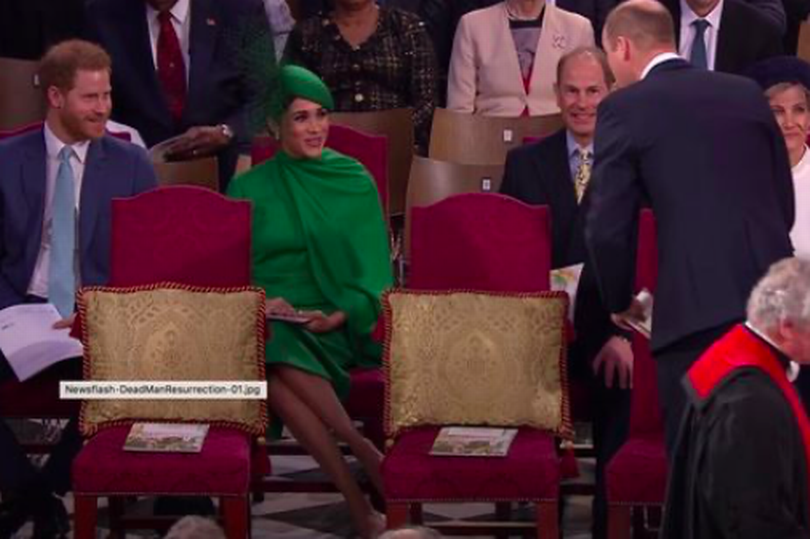 According to a lip reader, Prince Harry appeared to make a harsh comment to his wife Meghan Markle when they met Prince William and Kate Middleton at an official function.

The alleged statements were made in March last year at the Commonwealth Day Service in Westminster Abbey by members of the royal family.

According to Jeremy Freeman, a skilled lip reader, Harry also seemed to make a pretty critical remark about his brother and sister-in-law.

When Prince William and Kate walk inside the Abbey to take their own seats, Prince Harry and his wife Meghan Markle can be seen already sitting in a video footage of the uncomfortable moment.

The pair exchanged warm greetings, with Meghan greeting Kate with a “hi” when she acknowledged her.

Meghan and Harry then turned to face William and said, “Hello.”

The ginger prince, according to Jeremy, then made a caustic remark to Meghan about William and Kate’s greeting, saying, “At least they acknowledged unlike last time.”

Meghan gave Harry a soft grin and a nod, while William, who is seated in the front row, reportedly said to his wife, “That was executed well.” 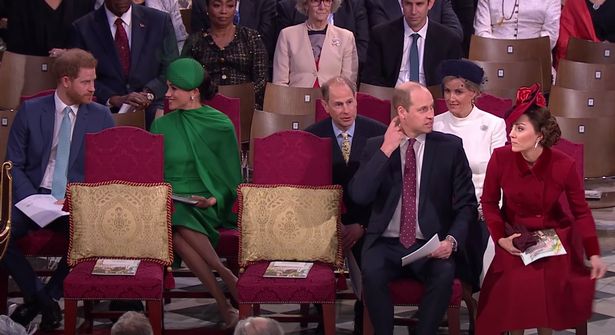 Harry turned to Meghan saying that the Cambridges acknowledged them ‘unlike last time’, a lip reader said (Image: BBC)

As the Fab Four gathered for the final time as senior members of the Royal Family, rumors of a breach between them flourished.

According to reports, Kate was moved to tears by a remark Meghan made before her wedding to Harry. However, in a candid interview with Oprah Winfrey, the Duchess of Sussex refuted this, stating that she was the one who was left weeping.

In an earlier interview with ITV journalist Tom Bradby, Harry confessed that he and his brother were “on different paths” amid reports that they had had a falling out.

He also described his relationship with William as “space” in the couple’s interview with Oprah.

Recently though, the royal family hinted at mending fences with Meghan when they sent loving birthday greetings to the Duchess of Sussex on her 40th birthday.

Harry and Meghan live in their Montecito house in Santa Barbara’s wealthy Montecito neighborhood with their son Archie and baby daughter Lilibet.

The father of two plans to issue a memoir late next year, which he promises will be “accurate and wholly truthful”

Queen Elizabeth II says her Crown could break her neck, ‘can’t look down’
Prince Harry says racism was ‘large part’ of why He and Meghan Markle Left the U.K.
Advertisement