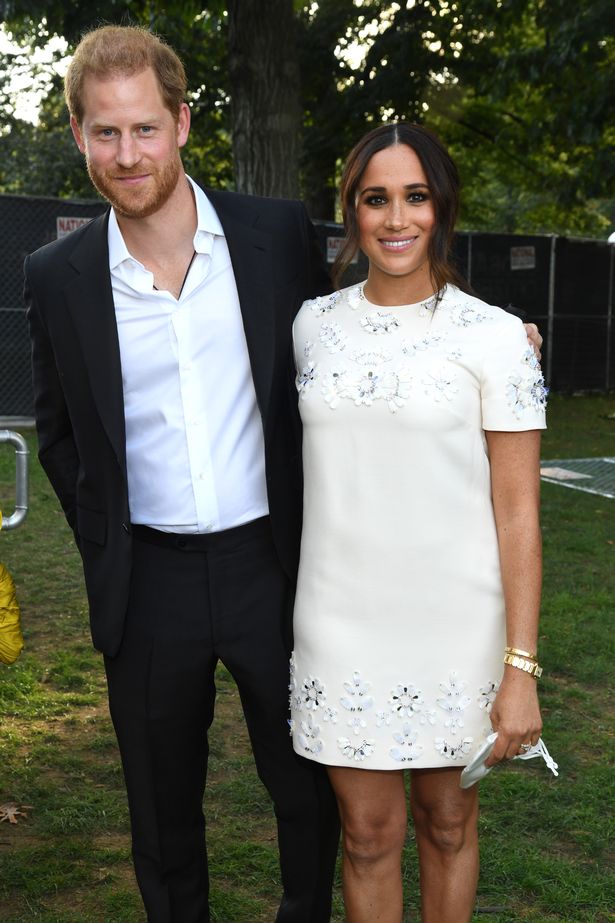 According to a royal pundit, Meghan Markle and Prince Harry were met with an uncomfortable reception in New York City, with police officers outnumbering fans.

Former royal journalist Charlie Rae of The Sun, however, told talkRADIO that the couple’s “glorified tourist visit” backfired. When the Duke and Duchess of Sussex were out and about in the big US metropolis, he remarked that “hardly any crowds” gathered to see them.

The trip aroused debate since the duo no longer represents the Queen abroad after leaving the working Royal Family to achieve financial independence in the United States.

“This is not a royal tour, this is a glorified tourist visit,” Charlie explained.

“Three days in New York, and I think some of the media are getting overexcited,” he continued.

“There are hardly any crowds there in any of the photos. There are more NYPD officers than anyone else.

“They are meeting dignitaries and staying at the lavish Carlyle hotel, but it is not a royal tour. They no longer have royal duties.”

“Do you think the American public know who they are, care who they are, or is their star waning a little bit?” said TalkRADIO presenter Peter Cardwell.

“I think their star is waning a little bit, particularly in the UK,” Mr Rae answered.

“In the US, I think they are still quite popular. The Americans have always wanted their own royal family.”

Coldplay, Billie Eilish, and Jennifer Lopez were among the headliners who performed in New York City, with Ed Sheeran and Elton John joining them.

Prince Harry and Meghan Markle were later reunited with their children Archie and Lilibet after the trip.

Despite not having a diplomatic position, they met with UN Deputy Secretary-General Amina Mohammed.

The Duke and Duchess slammed “ultra-wealthy pharmaceutical companies” for not sharing their vaccinations during their attendance.

“Many countries are ready to produce vaccines back home yet they aren’t allowed to because ultra-wealthy pharmaceutical companies are not sharing the recipes to make them,” Harry remarked.

The Sussexes also chatted with Linda Thomas-Greenfield, the US ambassador to the United Nations, who raved about the couple.

“Wonderful meeting with Prince Harry and Meghan, The Duke and Duchess of Sussex,” she said on Twitter.