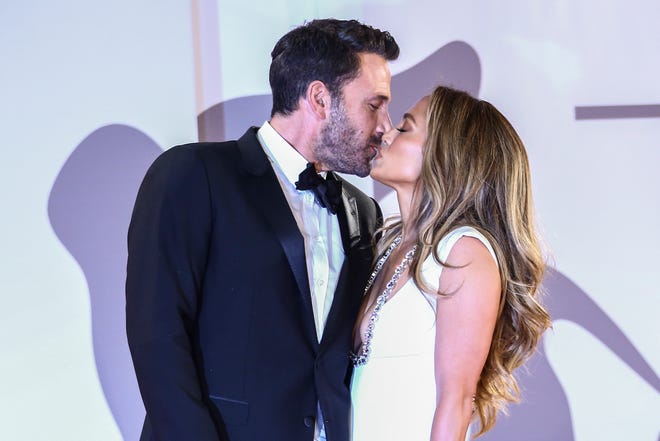 Jennifer Lopez and Ben Affleck walked the red carpet together at the Venice Film Festival on Friday for the premiere of Affleck’s film “The Last Duel.” The two were seen kissing and holding hands, indicating that Bennifer 2.0 is real.

Lopez, 52, dazzled in a floor-length white gown with a low cut and figure-hugging silhouette, while Affleck, 49, looked dapper in a black tuxedo.

It was a star-studded occasion to promote Affleck’s new movie, about a lady who says she was raped by her husband’s closest friend, and when no one believes her, her husband challenges his buddy to a duel. 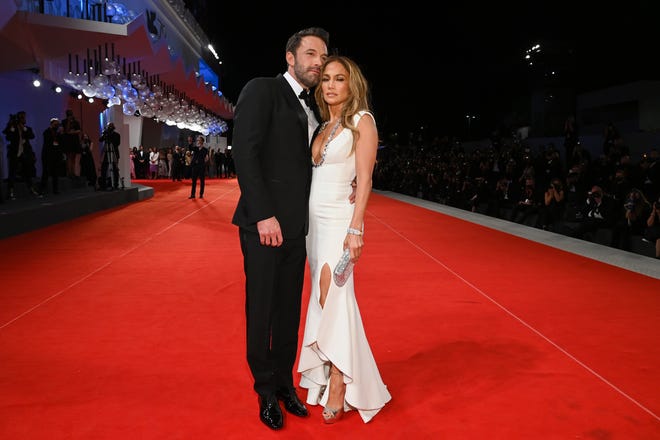 “Long Live Bennifer,” Kim Kardashian West captioned a photo of Lopez and Affleck enjoying the event on her Instagram Story.

The couple arrived at the ceremony in a water taxi before walking confidently hand in hand and smiling.

Lopez finally confirmed their relationship status on her 52nd birthday by uploading a photo on Instagram of her and Affleck lip-locked after months of speculations and paparazzi photographs of the two reconnecting following her separation with ex-fiancé Alex Rodriguez.

They were also seen together in a video montage shared on Instagram by actress and friend Leah Remini, which featured images and footage from Remini’s birthday celebrations in June.

Lopez and Affleck met on the set of the rom-com “Gigli,” in 2001, when they played criminals stranded on a job together, and began dating later that year. In November of 2002, they got engaged.

However, Affleck and Lopez called off their wedding only days before it was to take place, and later announced their split. 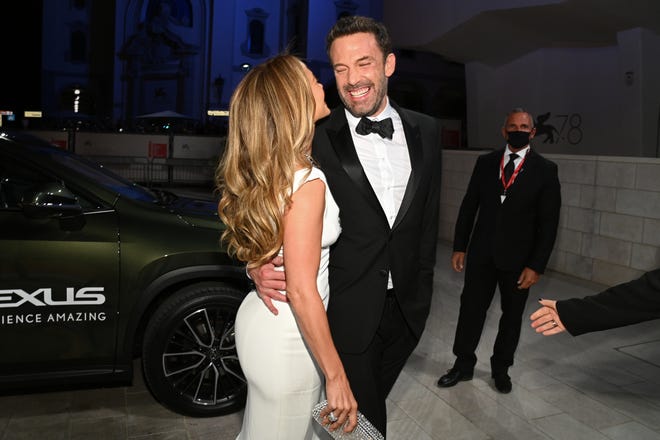