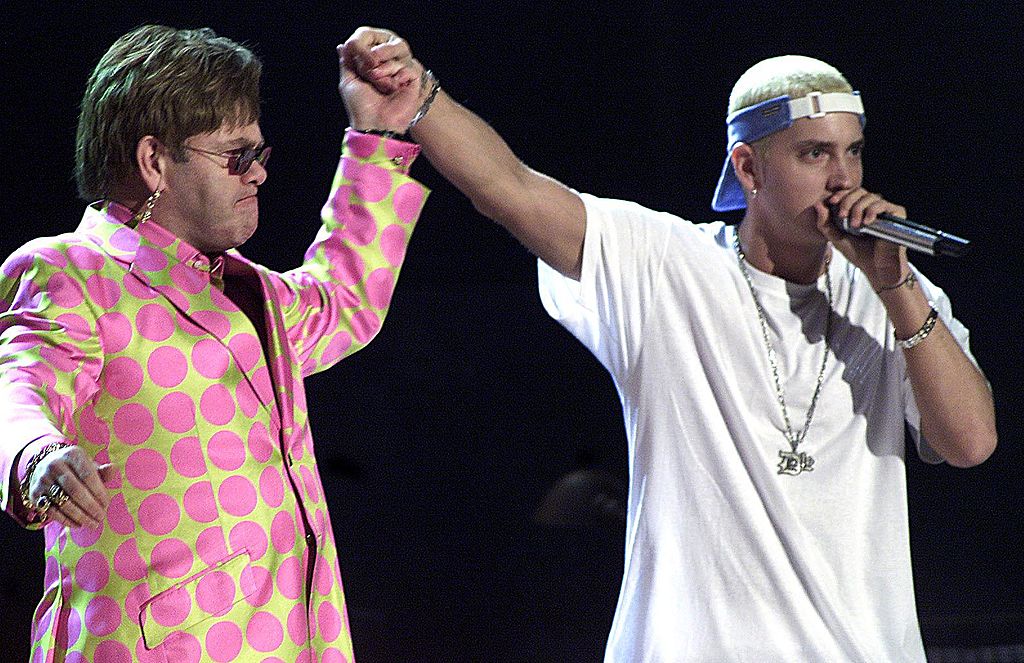 Eminem handed Elton John “the crown jewels” as a wedding gift. The pop musician, 72, sat down with The Guardian for an in-depth interview ahead of the release of his memoir Me, answering a round of celebrity-submitted questions, including one from Eminem, who wondered if he and his husband David Furnish had used the NSFW wedding gift he gave them after their 2006 civil partnership.

“Ah, no, Eminem bought me and David matching cock rings when we got married. That was his gift. They sit there, like the crown jewels, in this beautiful box on satin cushions,” he told The Guardian.

“They’re wonderful to look at. I don’t know if any guests we’ve had have used them. God, I hope not. They’re kind of sacrosanct. The fact they came from Eminem makes it even better. It’s very him, as is this question.”

For the piece, Elton was questioned by Bob Dylan, Cara Delevingne, Billie Eilish, and Victoria Beckham.

John initially revealed the odd wedding present during an interview on The Graham Norton Show in 2017, during which he also discussed how his friendship with the rapper began.

“He was accused of being homophobic by so many people because of his lyrics, which I thought was nonsense. I came out and supported the fact that he isn’t [homophobic] and I appeared on the Grammys with him, doing ‘Stan,'” he explained. “We became friends. We’ve been amazing friends ever since. He’s an amazing guy. I just adore him.”

“When David [Furnish] and I did our civil partnership, I got this package from Eminem,” he continued. “It shows you how homophobic he isn’t! It had two diamond encrusted c–k rings on velvet cushions. I have to say, they have remained unused!” 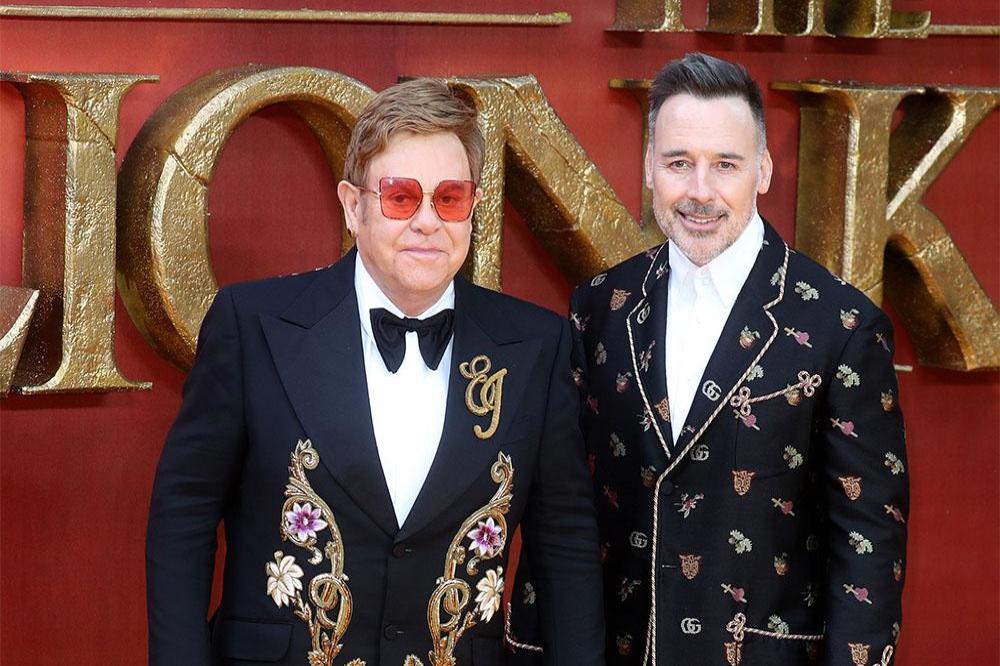 John said in another part of the interview that he had helped “a lot of people get sober,” including Eminem.

He told the ‘Like A Rolling Stone’ hitmaker: “This is a very good question.

“‘Tiny Dancer’ has a really long lyric, a very cinematic, California-in-the-early-70s lyric, so it had two verses and a middle eight before it even gets to the chorus, and it lent itself to a long buildup.

“The middle eight sets it up well, then it slows down for a moment – ‘when I say softly, slowly…’

“That line suggested a big chorus.

“I don’t remember much about writing it, but I do remember trying to make it sound as Californian as possible.

“You want the climax to be good, but you don’t want it to be over too quickly – you want to work your way up to it. Bernie’s (Taupin) lyric took such a long time to get to the chorus, I thought, ‘F***, the chorus had better be something special when it finally arrives.’