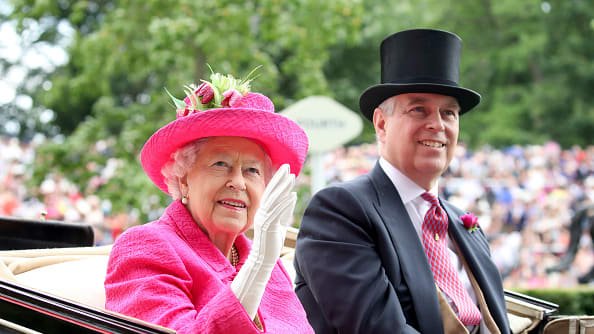 Allowing Prince Andrew to retain his patronages would endanger the monarchy, said a royal expert commenting on the Duke of York’s rape claims.

According to the Sunday Times, the monarch has expressed her desire for Andrew to keep the honorary post that he took over from the Duke of Edinburgh in 2017. Andrew is accused of sexual assault, which he denies.

Prince Andrew is a person of interest in the investigation into the actions of British socialite Ghislaine Maxwell and others related to US businessman Jeffrey Epstein.

But now he’s under further criticism amid accusations that despite no longer performing official responsibilities, he could maintain his position as colonel of the Grenadier Guard.

“The Queen has let it be known to the regiment that she wants the Duke of York to remain as colonel, and the feeling is that nobody wants to upset the colonel-in-chief,” a senior military source said, according to the Sunday Times.

“It is a very difficult, unsatisfactory situation.”

“His position is not tenable or viable.

“How can you have a colonel who can’t perform the role?

“For the brief time he was in post, he was a good colonel, but the feeling across the regiment is that it’s not appropriate to retain him.

“You can’t have a colonel who can’t do public duties.”

Virginia Giuffre, who claims she was abused by Epstein, filed a legal case against Andrew in federal court in Manhattan earlier this month. Andrew allegedly coerced Giuffre to have undesired sexual intercourse in Maxwell’s London house, according to Giuffre.

The monarchy might suffer “serious damage” if Andrew keeps his “patronages after refusing to cooperate with legal inquiries,” according to Richard Palmer, royal journalist for the Daily Express.

“Allowing Andrew to keep patronages after refusing to cooperate with legal inquiries would risk serious damage to the monarchy,” he added.

He added, “It was my understanding earlier this week that Prince Andrew would lose all of his patronages eventually but the wheels often turn slowly at the palace.”

Ms Giuffre said she was trafficked by Epstein to have sex with Andrew when she was 17 and a minor under US law, and the 61-year-old prince has consistently denied having sexual contact with her.

“The Grenadiers and all the Duke’s military appointments are in abeyance after he stepped back from royal duties for the foreseeable future in November 2019,” a Buckingham Palace spokesperson said.

“This remains the situation.”

Prosecutors in 2020 said Andrew had “sought to falsely portray himself to the public as eager and willing to cooperate” but had given no interview to federal authorities and had repeatedly declined requests to talk with investigators.

Epstein was charged in July 2019 with sexually abusing scores of girls and women, but he committed suicide in jail while awaiting trial later that year.

According to a source, while Andrew remains a person of interest to prosecutors at the United States Attorney’s Office for the Southern District of New York, they do not expect to be able to question him in the near future, if at all.