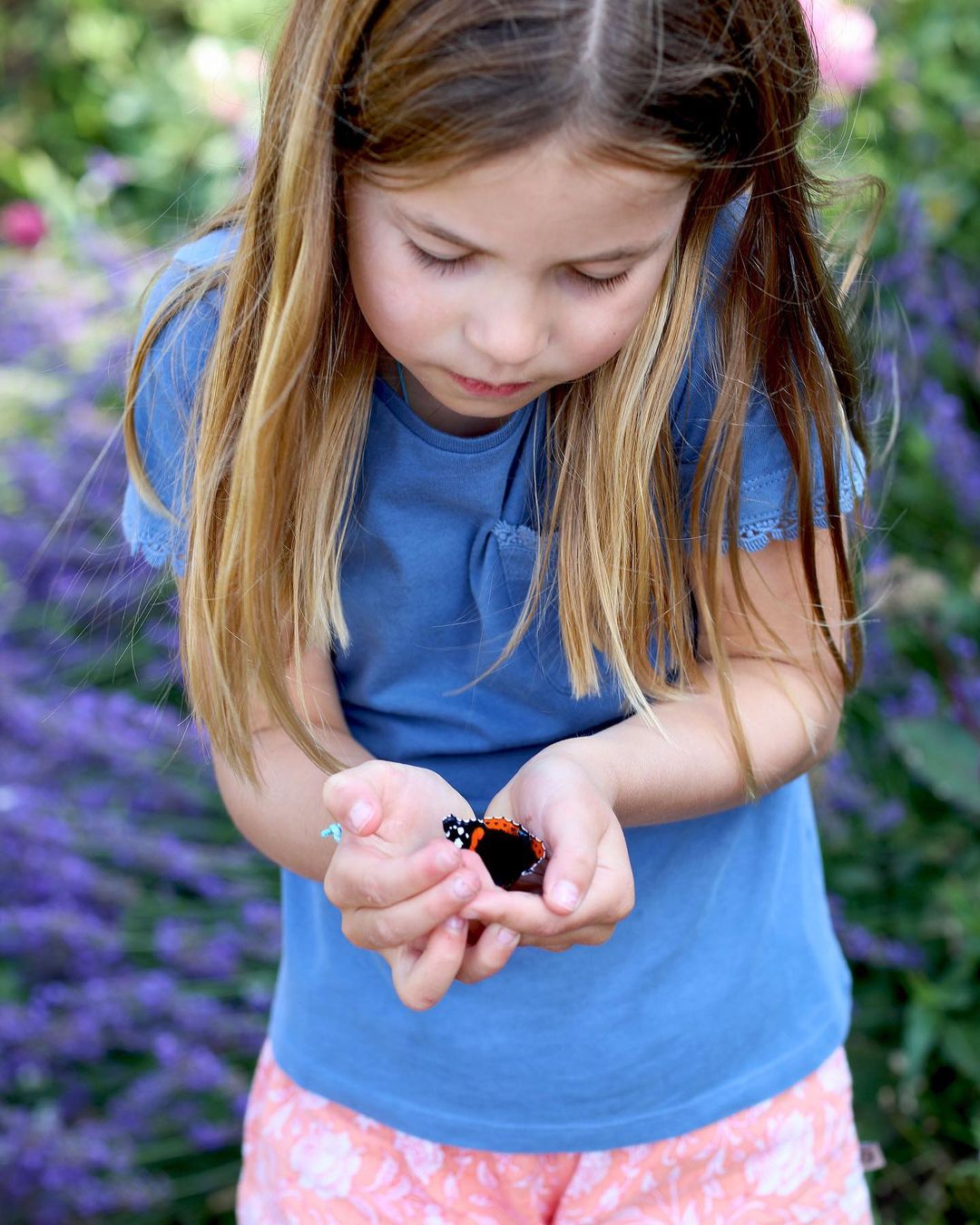 The Duke and Duchess of Cambridge are making hearts flutter with a lovely new portrait of their daughter Princess Charlotte.

Playing in the outdoors is a favorite pastime of children’s summers, and it is a pastime that even royalty’s children enjoy. Prince William and Catherine, Duchess of Cambridge, released a beautiful photo of their daughter holding a butterfly on their social media accounts. Charlotte, the Duke and Duchess of Cambridge’s only daughter, stands amid a patch of flowers, lovingly cradling the butterfly in her palms.

The image, which captures the six-year-old princess looking down at the black and orange striped creature, was shared on the Duke and Duchess of Cambridge’s official Instagram account.

The little royal was photographed to raise awareness for the Big Butterfly Count in the United Kingdom, a program encouraging people to count the number of butterflies they encounter in nature in order to assess the health of the environment.

The caption reads, “We wanted to share these beautiful Peacock and Red Admiral butterflies as part of Big #ButterflyCount initiative taking place across the UK.”

They continued: “@savebutterflies are encouraging us all to count these incredible creatures because not only are they beautiful creatures to be around but they are also extremely important. Butterflies are vital parts of the ecosystem as both pollinators and components of the food chain.”

Butterfly Conservation, led by environmental campaigner Sir David Attenborough, began the annual Big Butterfly Count in 2010 to urge the public to survey the UK’s butterfly population, which has been declining since the 1970s, according to the charity’s official website. 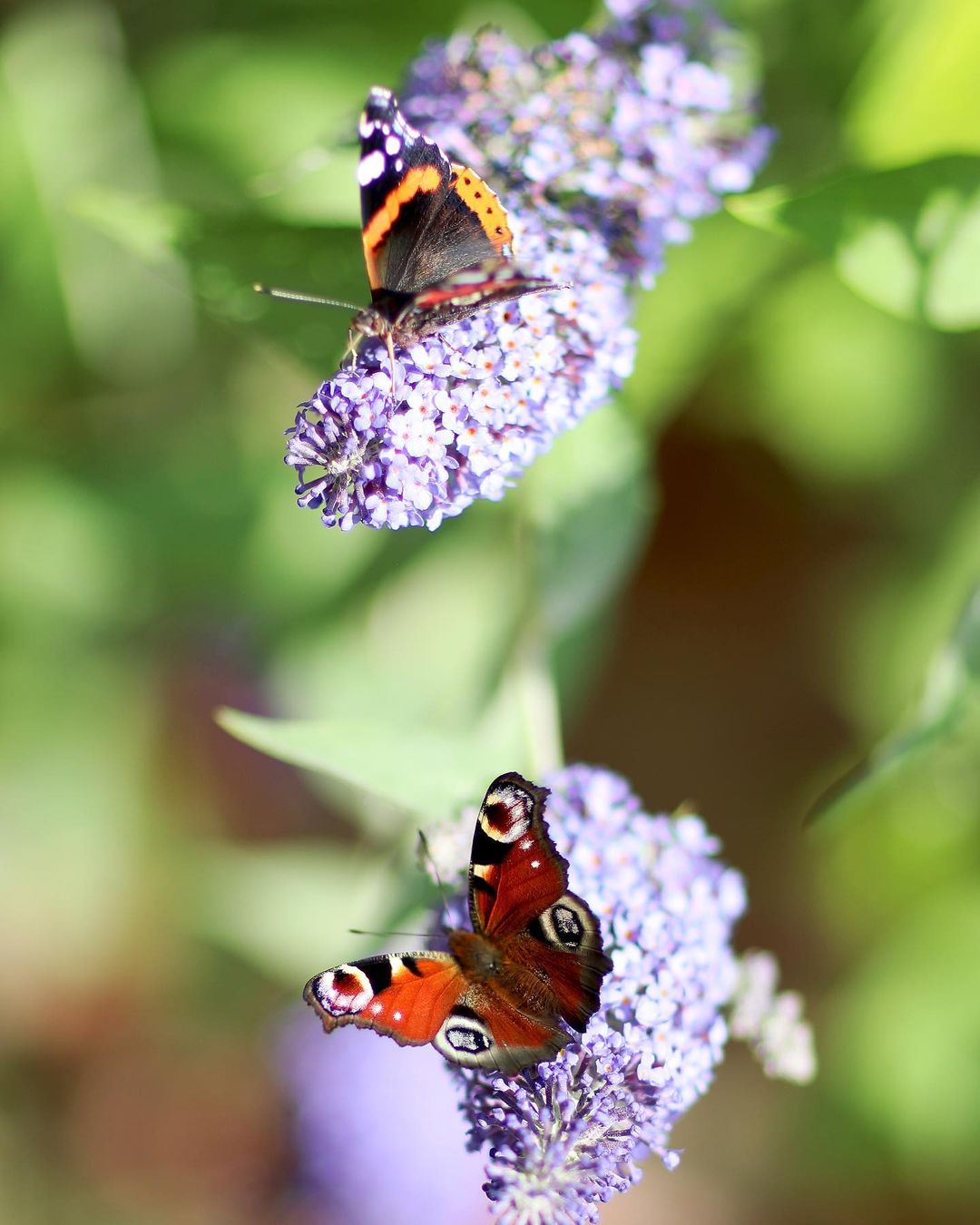 According to the Independent, the shot was taken near the Duke and Duchess of Cambridge’s Norfolk residence.

The royals concluded their message by asking their fans to join in the effort and count butterflies for themselves. “Hopefully you can beat last year’s total, @savebutterflies,” they wrote.

The campaign lasted from July 16 to August 8 this year. 99,147 individuals were involved in counting almost 1 million butterflies around the UK, according to the charity’s interactive map charting the effort.

Outside of their birthdays, Christmas, and other significant events, royal fans seldom get photographs of the Cambridge children, but fans have recently seen more of the young royals.

Princess Charlotte hasn’t been photographed since Kensington Palace released an image of her on her sixth birthday. Charlotte wore a blue flowery dress with her hair down in the photo, which was shot by Duchess Kate in Norfolk. 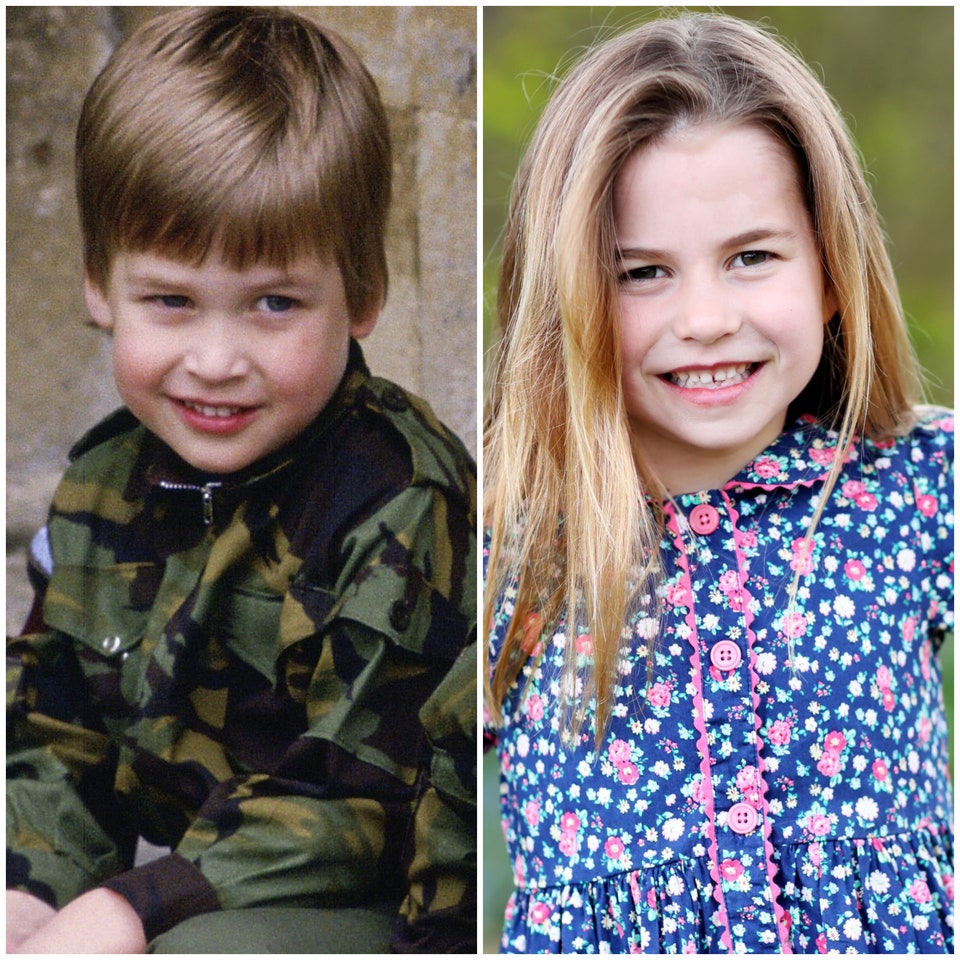 Princess Charlotte also looks to be following in her father Prince William’s footsteps in terms of animal conservation. The prince, 39, regards “protecting the natural environment for future generations” as one of his top concerns, according to his bio on the Royal UK website.

Prince George was shown in a more current royal offspring picture taken last month when he celebrated his birthday. George sat atop a Land Rover in a casual striped collared shirt for his birthday photo.

While promoting the release of her COVID-19 time capsule coffee-table book, Hold Still, last month, Duchess Kate spoke up about her children’s emotions about shooting photos. Charlotte and her siblings, Prince George, 7, and Prince Louis, 3, don’t always enjoy being photographed, according to the duchess. “Everyone’s like, ‘Mummy, please stop taking photographs!’”

Prince William quoted on the website as saying: “Let us not tell our children the sad tale of how we watched as the last elephants, rhinos and tigers died out, but the inspiring story of how we turned the tide and preserved them for all humanity.”