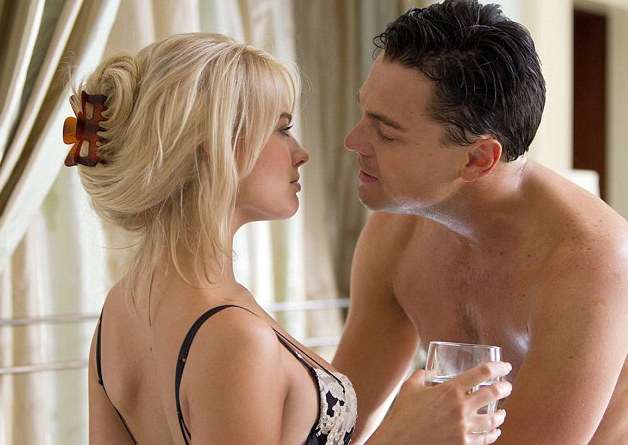 Margot Robbie was just include in TIME’s “100 Most Influential People” list, with Martin Scorsese, her former director and friend, offering a brief homage to the actress.

Scorsese attempted to answer the issue of who Robbie is by waxing lyrical about her “comedic genius” and “all-bets-off feistiness,” which he compared to legendary Hollywood actresses.

He said, “Margot has all this in addition to a unique audacity that surprises and challenges and just burns like a brand into every character she plays.”

During her audition, the 26-year-old wowed legendary director Martin Scorsese and co-star Leo by going completely off-piste and delivering one hell of a ‘thunderclap’ to his face.

Scorsese praised Margot for her efforts on the audition in Time Magazine’s 100 Most Influential People Issue. “She clinched her part in The Wolf of Wall Street during our first meeting”, he said, “by hauling off and giving Leonardo DiCaprio a thunderclap of a slap on the face.

“[It was] an improvisation that stunned us all.”

In a 2015 interview with Harper’s Bazaar, Robbie recalled a scene in which she hardly got a word in during an improvised scene with a “phenomenal” DiCaprio.

‘In my head I was like: “You have literally 30 seconds left in this room and if you don’t do something impressive nothing will ever come of it. It’s a once-in-a-lifetime chance, just take it”’ she explained in a 2015 interview with Harper’s Bazaar.

“I start screaming at him and he’s yelling back at me. And he’s really scary. I can barely keep up. And he ends it saying, ‘You should be happy to have a husband like me. Now get over here and kiss me.’ So I walk up really close to his face and then I’m like, maybe I should kiss him? When else am I ever going to get a chance to kiss Leo DiCaprio, ever? But another part of my brain clicks and I just go, whack! I hit him in the face. And then I scream, ‘Fuck you!’ And that’s not in the script at all. The room just went dead silent and I froze.”

“And then all of a sudden Marty and Leo just burst out laughing. Marty says, ‘That was great!’ Leo’s like, ‘Hit me again!'” Robbie added. It was a slap that forged a career.

What could have been terrible ended up being very nice for Margot, and she probably has no regrets about giving Leo a hard smack.

“This is not a complete answer to the perennial question, but it’s a start,” Scorsese concluded his attempt to explain what Robbie is like. “Margot is stunning in all she is and all she does, and she will astonish us forever.”

She’s since played Harley Quinn in Suicide Squad and has finished production on a biopic of former US figure skater Tonya Harding.

Barack Obama’s ‘big’ 60th birthday party draws criticism
Meghan Markle has a healing quartz crystal on her desk: And a large stack of copies of The Bench