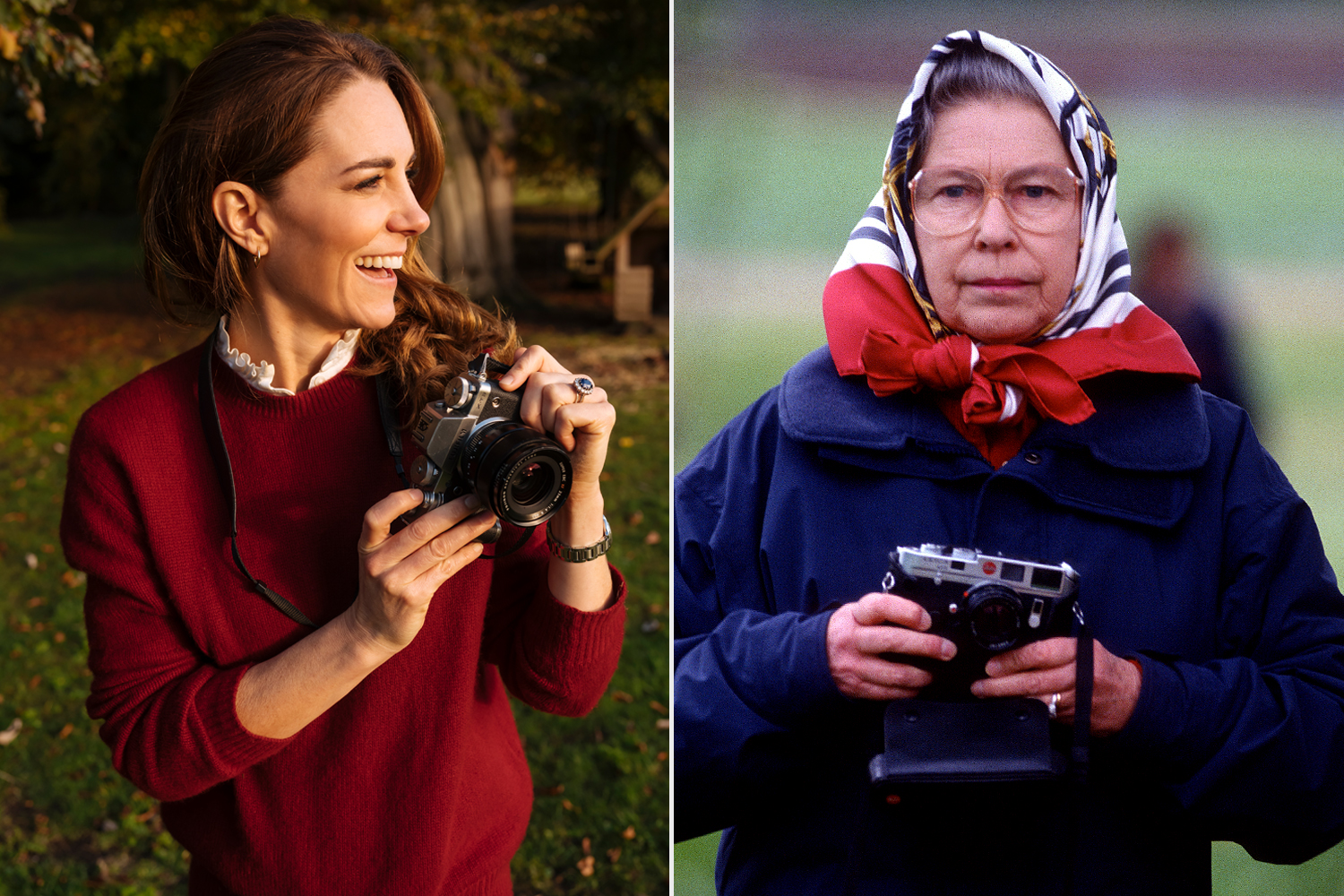 Despite the fact that Queen Elizabeth and her granddaughter-in-law Kate Middleton spend a lot of time in front of the camera, they prefer to be behind it.

Kate, 39, has made no secret of her passion for photography, frequently showing her talent with candid images of her family life with Prince William and their three children, Prince George, 8, Princess Charlotte, 6, and Prince Louis, 3.

Now we know that another member of the royal family, Queen Elizabeth II, has a similar interest for photography.

Three photos of Queen Elizabeth were published by the Royal Family account over the years in which she was captured while being photographing! One black-and-white photograph shows the monarch with a young Prince Charles and Princess Anne as she demonstrates how to operate a traditional point-and-shoot camera to her eldest children.

On Thursday, August 19, the royal family’s official Twitter account said, “This #WorldPhotographyDay, here are a few moments where The Queen has been pictured behind the lens.”

Some royal supporters appeared to be as startled as we were. “I’d love to view an album of Her Majesty’s photos… a view thru her lens!,” one person said. “Love these photos,” commented another.

Kate commemorated the anniversary by showcasing the work of young photographers who took part in her Hold Still project, which sought to depict ordinary life during the coronavirus outbreak.

“Photography has an amazing ability to create a lasting record of what we have all experienced and are experiencing,” she and Prince William said on their own Instagram account in celebration of the event.

“That’s why this #WorldPhotographyDay we wanted to celebrate the youth of the #HoldStill2020 photography project and share the images from the ten youngest finalists. There is so much talent, creativity and curiosity displayed in each and every one. Thank you to the @NationalPortraitGallery for being the home and archive of all these incredible stories.” ”

During the coronavirus epidemic a year ago, Kate announced the start of a new picture campaign. In May 2020, she told Britain’s This Morning, “We’ve all seen some incredible images out there and heard some amazing stories — some desperately sad stories, but also some really uplifting stories. I really hope that through a project like this, we might be able to showcase some of those stories and to document and share a moment in time, I suppose, that we’re all experiencing.”

In the BBC documentary Lucy Worsley’s Royal Photo Album, royal historian Lucy Worsley remarked, “For 200 years the British monarchy has used photography.  From creating a new sovereign to affairs of the heart, majestic moments to everyday life, when monarchy wants to send a message it uses a photograph.”

She said that it’s all part of the royal family’s “soft powe.,”

Kate was described as a “really keen photographer” in her own way by royal photographer Samir Hussein shortly before she began the creative enterprise.

Hussein told Us Weekly exclusively in April 2020, “You can see from the pictures she takes that she’s better, certainly better than your average person on the streets. She’s got a good eye, and she’s a good photographer. I’m impressed by her pictures, absolutely.”