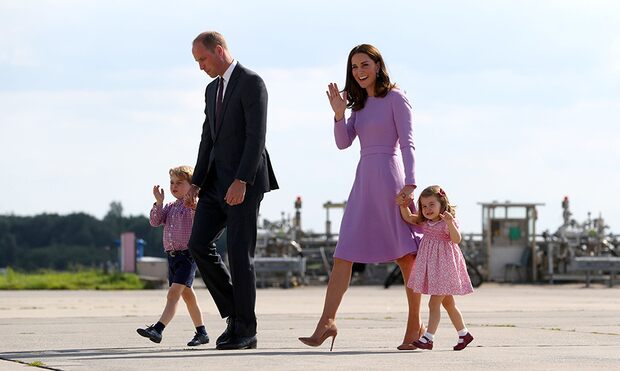 According to royal tradition, two heirs should never fly on the same aircraft, therefore when Prince George turns 12, he will no longer be permitted to travel with his parents for vacations and foreign engagements.

According to Nicki Swift: “As the future monarch, the Duke must adhere to most royal protocols and Kate must follow his lead, though they occasionally make exceptions.

“The couple aren’t even supposed to travel together with their children in the event that a tragic event wipes out the second, third, fourth, and fifth heirs to the throne.

“Queen Elizabeth has let this rule slide but it’s expected to be enforced when their eldest child, Prince George, turns 12.” 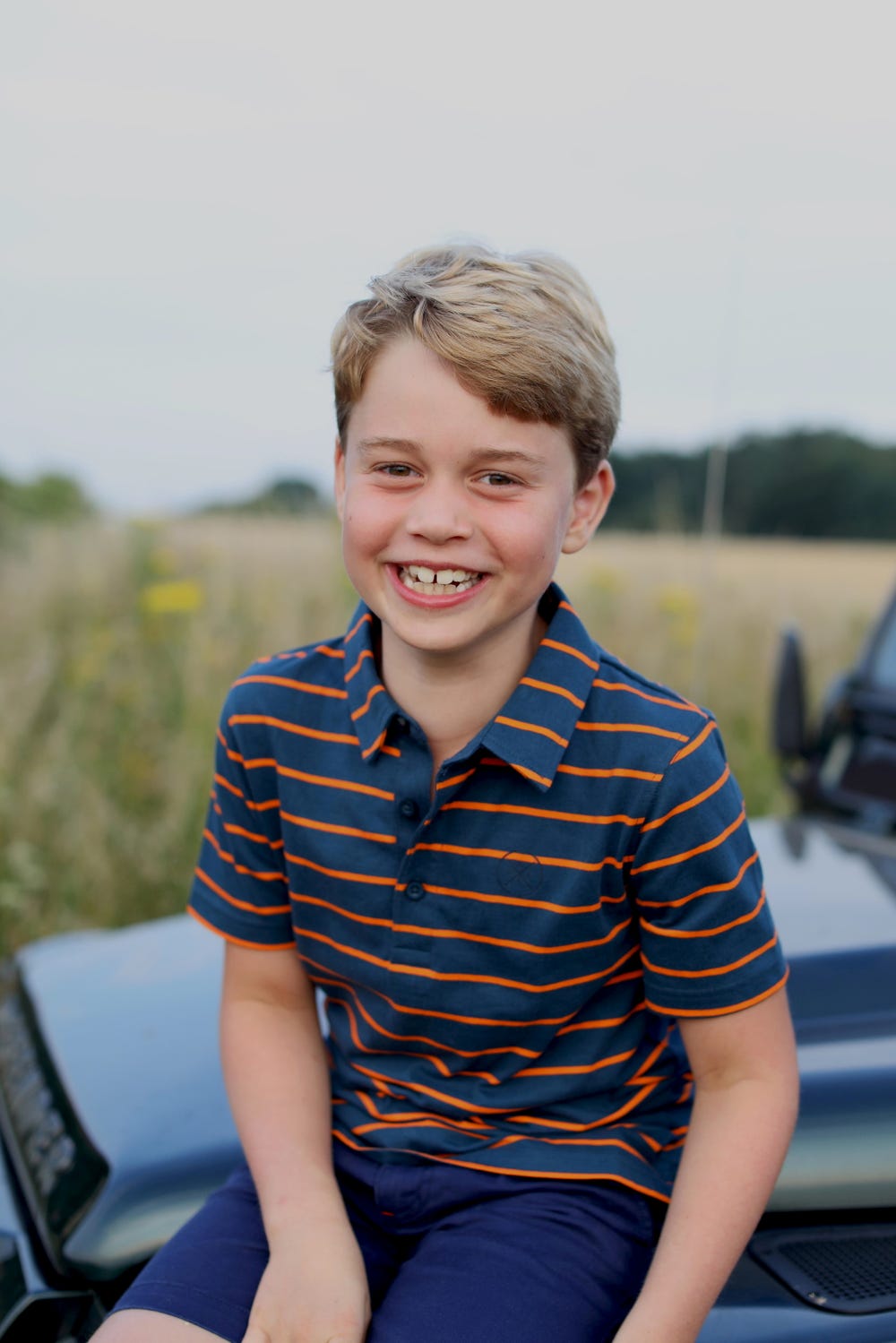 Prince George turns 8. The Duchess of Cambridge via Reuters

On Thursday, the Queen sent a heartfelt birthday greeting to her great-grandson Prince George.

The 95-year-old queen took a break from her usual social media programming to pay tribute to her great-grandson, Prince George, who celebrated his eighth birthday on July 22.

Following the publication of a new picture of George to commemorate his birthday, his great grandmother, the Queen, and his grandfather, Prince Charles and Camilla, Duchess of Cornwall, shared the beautiful photograph with their own birthday greetings.

George is seen beaming at the camera as he sits on the bonnet of a Land Rover Defender, a lovely reference to his late great-grandfather, the Duke of Edinburgh, in the picture, which was taken earlier this month at the Cambridges’ Norfolk home by mother Kate.

Philip, who died in April, drove Land Rovers on a daily basis, and his coffin was carried to his funeral by a specially modified Defender that he helped build.

The Duchess has become an excellent photographer and often publishes her own photographs of her children to commemorate their significant occasions.

George’s photograph was adorned with birthday balloons and a simple birthday greeting.

“A very Happy Birthday to Prince George!” Charles and Camilla said in their own message.

After his cousins, Savannah and Isla Phillips, George is the Queen’s third oldest great-grandchild.

Kate stated in 2016 that her son has a cute nickname for his great-grandmother. The Duchess said at the time: “George is only two-and-a-half and he calls her ‘Gan-Gan.’ She always leaves a little gift or something in their room when we go and stay and that just shows her love for her family.”

George’s parents shared the picture and offered their own respects to their son last night.

It didn’t take long for royal admirers to join in and wish Harry a happy birthday.

“What a lovely photo as always from The Duchess, George is looking so grown up!” one person commented.

Others, however, expressed surprise at how mature he looks.

The Duke and Duchess of Cambridge thanked fans for their comments in a subsequent Instagram story.