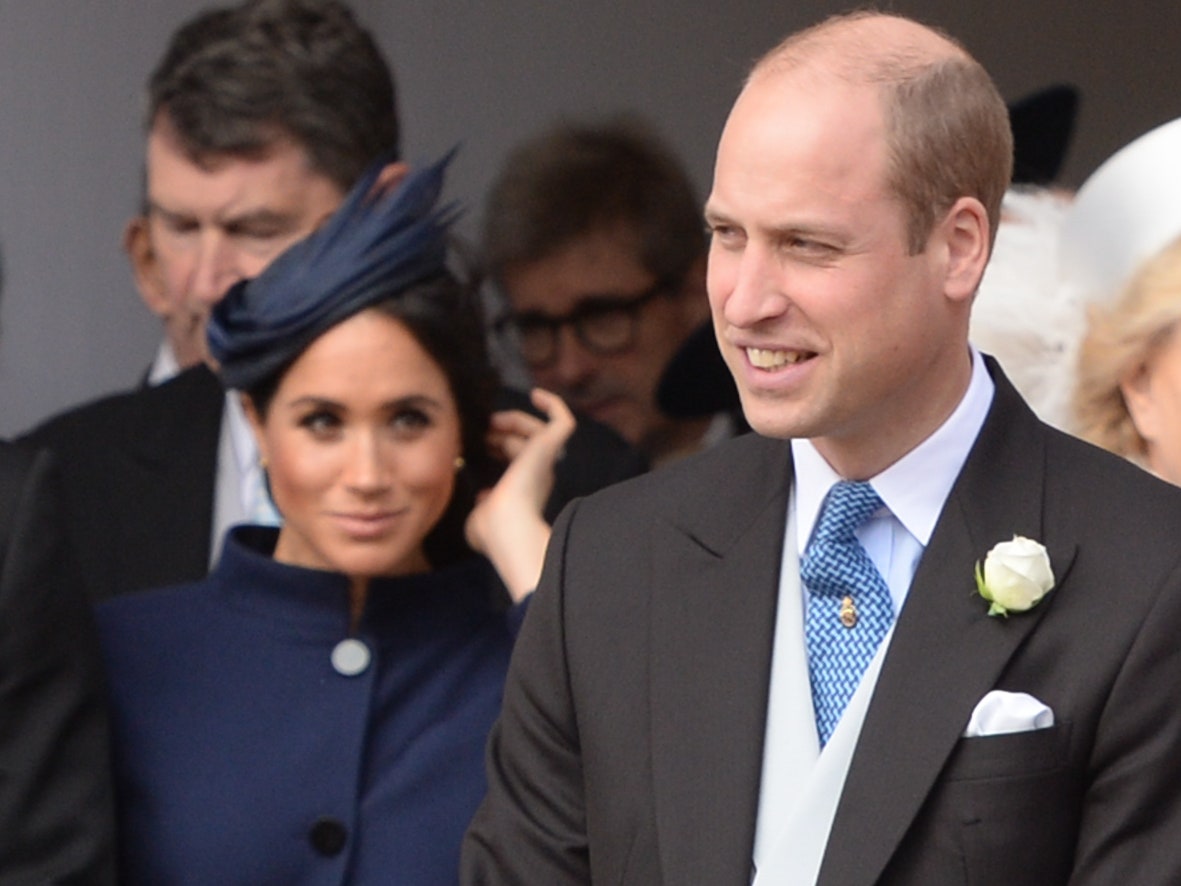 In its August 2 issue, In Touch Weekly claimed that the Duchess of Sussex had a huge poster of Prince William in her room.

Meghan Markle is reported to have had Prince William posters in her room. Meghan’s former classmates at Northwestern University in Evanston (Illinois) are now discussing who the 39-year-old had hanging in her room. And it wasn’t Prince Harry.

In an interview with Oprah Winfrey earlier this year, Duchess Meghan said, “I didn’t know what it meant to be part of the royal family. The Windsors were never part of my life before.” “Meghan had a poster of Prince William on her dorm wall. She had a crush on William – not Harry,” said one of her old university classmates in an interview with InTouch.

They also said that Meghan had a plan in place for how she would become a member of the British royal family. Earlier photos show Meghan Markle posing in front of Buckingham Palace as a teenager. But it was a long time ago – and if you’re in London for a few days, this location should be at the top of your list. Whether you are a fan of the Royals or not. They also said that Meghan’s goal had always been to be a princess.

According to her old friend and TV presenter Lizzie Cundy, Meghan Markle was hoping to meet a “London man” when she first arrived in the United Kingdom.

Lizzie, who is due to disclose more about Meghan’s relationship in a new television show, claimed that Meghan once gushed that she wanted to be a “London girl” since she liked everything about the capital city.

“We have a clip of her saying: “I want to be a London girl, I love London men and I love everything to do with London,” she told the Daily Mail.

Lizzie, whose Amazon Prime program is called Red Carpet Uncut, also said that when Meghan first came in the UK, she had her heart set on finding someone special.

“I was asked to look after Meghan when she came over here. She wanted to meet someone.”

While the two were previously close, the TV personality said that the now Duchess of Sussex “cut her off” and “ghosted” her after Prince Harry formally proposed to her.

“She ghosted me once the engagement hit. She’s ghosted quite a lot of people, obviously, including her family, so I’m not the worst person she’s ghosted,” Lizzie explained.

“I’m afraid both Piers Morgan and I got ghosted.”

Cundy first met Meghan in 2013 when she was invited to join her to a charity event.

Three years later, Meghan met and fell in love with Prince Harry, and the pair married in 2018.

Ms Cundy is expected to reveal information about her connection with Meghan in an Amazon Prime program called Red Carpet, which she hosts.

Prince Harry and Meghan initially resided in London with Kate Middleton and Prince Harry before relocating to Windsor, reportedly to escape the “goldfish bowl” lifestyle of being a Royal.

Ms Cundy described Meghan as a “real girl’s girl” who immediately admitted that she “would love an English boyfriend.”

“She wanted fame and she was open about that,” she said.

Lizzie’s admission came after she joked that Meghan and Harry named their newborn girl after her.

“It’s short for Elizabeth. It was my nickname at school,” she said.

“Thank you Meghan. You ghosted me — and now you’re calling your child after me.”

“I was quite shocked by it because it’s an unusual name. Maybe that’s her way of reaching out. But I wish them well and I think it’s wonderful.”

Harry and Meghan had their first daughter, Lilibet, last month.

The couple named their second child after the Queen – whose father referred to her as Lilibet – and Harry’s late mother, Princess Diana, for the middle name.

Meghan, who rose to fame on the legal show Suits, also narrated an Elephants documentary for Disney Plus before penning The Bench, a picture book about the connection between father and son.