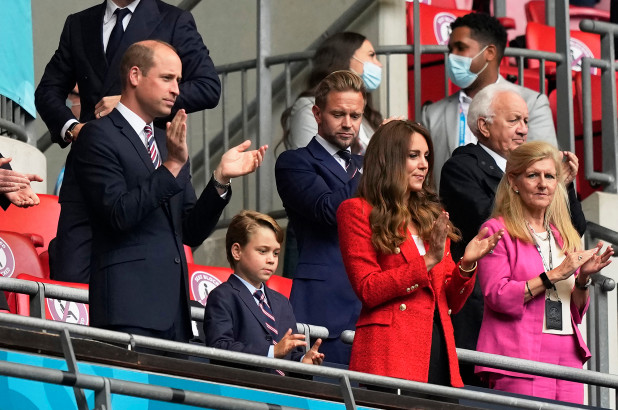 Kensington Palace, the official home of the Duke and Duchess of Cambridge, is nothing short of magnificent.

According to The Mirror, the pair has been married for 10 years and lives in Apartment 1A at the palace with their three children, Prince George, Princess Charlotte, and Prince Louis.

Prince William and Kate defy convention when it comes to the placement of several of their bedrooms, according to Hello!

Royal fans have been allowed tiny peeks inside the couple’s London residence throughout the years.

The royal family’s private bedroom quarters are typically off-limits, and Kate and William had previously only shared a tiny portion of Kensington Palace.

During a visit to Sweden’s national museum of architecture and design in Stockholm in 2018, Kate and William did disclose that they had Ikea furnishings in their house.

Marcus Engman, the company’s head of design, said they informed him they had some Ikea furniture for Prince George and Princess Charlotte.

“I’m proud that we can suit everybody,” he added. “That’s what we want Ikea to be – for the many people of the world, both royalty and ordinary people.”

The family has lived in the magnificent apartment for almost a decade, with the duke and duchess formerly residing at Nottingham Cottage on the estate.

The Cambridges aren’t the only royals who call the palace home; Prince Richard, the Queen’s cousin and his wife, as well as the Prince and Princess of Kent, also reside there.

On True Royalty’s Royal Beat, royal author Christopher Warwick said of the Cambridge family home: “It has 20 rooms from the basement to the attic, it is not a small house.

“All of these royal residences at Kensington Palace are called apartments, which of course makes people immediately think they are flats like the American term for an apartment.

“They are not. If you think of Kensington Place in a way it is built around three courtyards. If you kind of think of them as being these wonderful red brick terrace houses. Because they are all joined, but separate houses.”