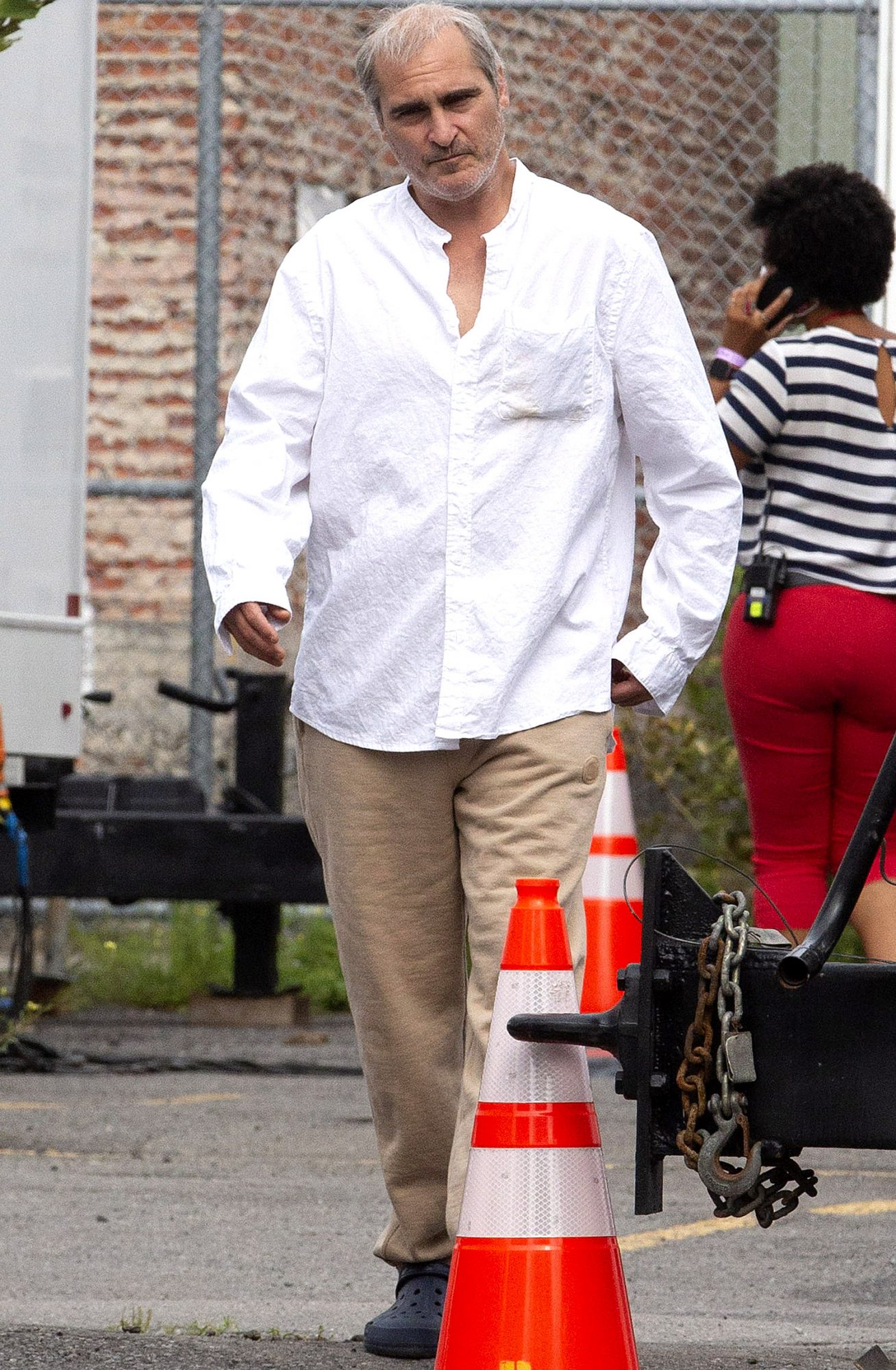 Joaquin Phoenix was unrecognizable as he got into character on the set of Ari Aster’s new film, Disappointment Blvd.

In photographs acquired by Page Six, the Joker actor, 46, appeared to have gained weight for the part, wore gray hair, and flaunted his belly while on set in Montreal.

The actor was also pictured in a white shirt and blue, striped panties before changing into brown trousers on the streets of Montreal as he collected notes from filmmaker Aster in a sequence of outfit changes.

His character was seen racing out onto the street to confront a nude homeless man nearby as the cameras filmed. 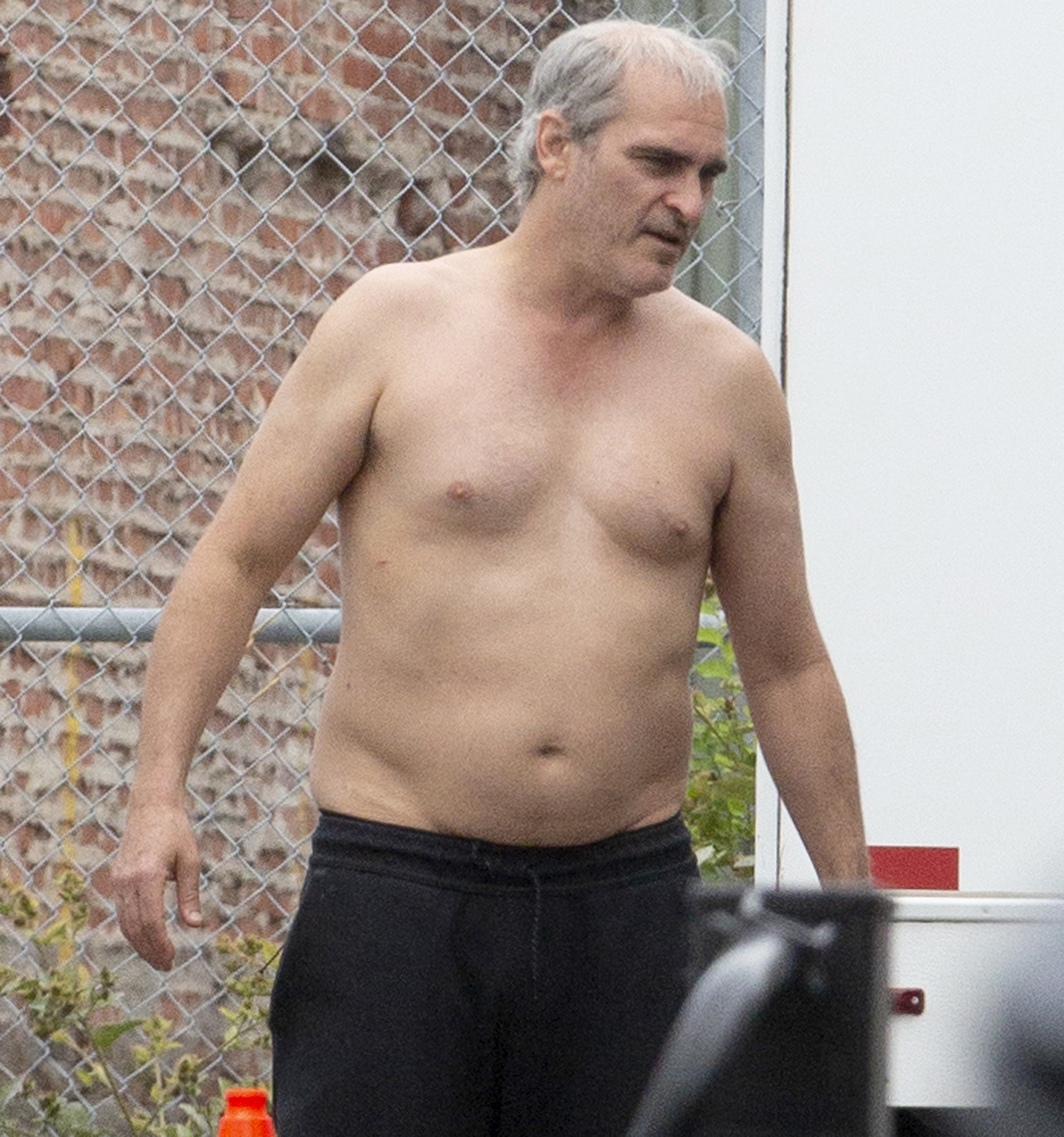 He famously lost 52 pounds to get the wiry body for Joker just three years ago. The sensation was described by Joaquin Phoenix as follows: “Once you reach the target weight, everything changes. Like so much of what’s difficult is waking up every day and being obsessed over like 0.3 pounds. Right? And you really develop like a disorder. I mean, it’s wild. But I think the interesting thing for me is what I had expected and anticipated with the weight loss was these feelings of dissatisfaction, hunger, a certain kind of vulnerability and a weakness. But what I didn’t anticipate was this feeling of kind of fluidity that I felt physically. I felt like I could move my body in ways that I hadn’t been able to before. And I think that really lent itself to some of the physical movement that started to emerge as an important part of the character.”

He did, however, underline the impact on his mental health.

“As it turns out, that impacts your psychology, and you really start to go mad when you lose that much weight in that amount of time,” he told AP.

At the time, he told Access Hollywood that his Joker weight reduction was “something I’ve done before,” and that he worked with a doctor to ensure that the procedure was safe.

While the plot of Disappointment Blvd. is being kept under wraps, the plot is touted as “an intimate, decades-spanning portrait of one of the most successful entrepreneurs of all time.”

Joaquin Phoenix, the Oscar winner, was the first to be added to the cast roster in February, followed by Nathan Lane, Patti LuPone, Kylie Rogers, and Amy Ryan in June. It’s unclear whether A24 or Aster will reveal further information about the storyline before or after filming concludes in October. Even with so little information, the photographs of Phoenix that have been revealed are enough to keep people thinking.

Ari Aster, the renowned horror maestro, wrote and directed the picture. When questioned about his new project, he gave only a few details about Disappointment Blvd., describing it as a “nightmare comedy,” and said, “All I know is that it’s gonna be four hours long…”