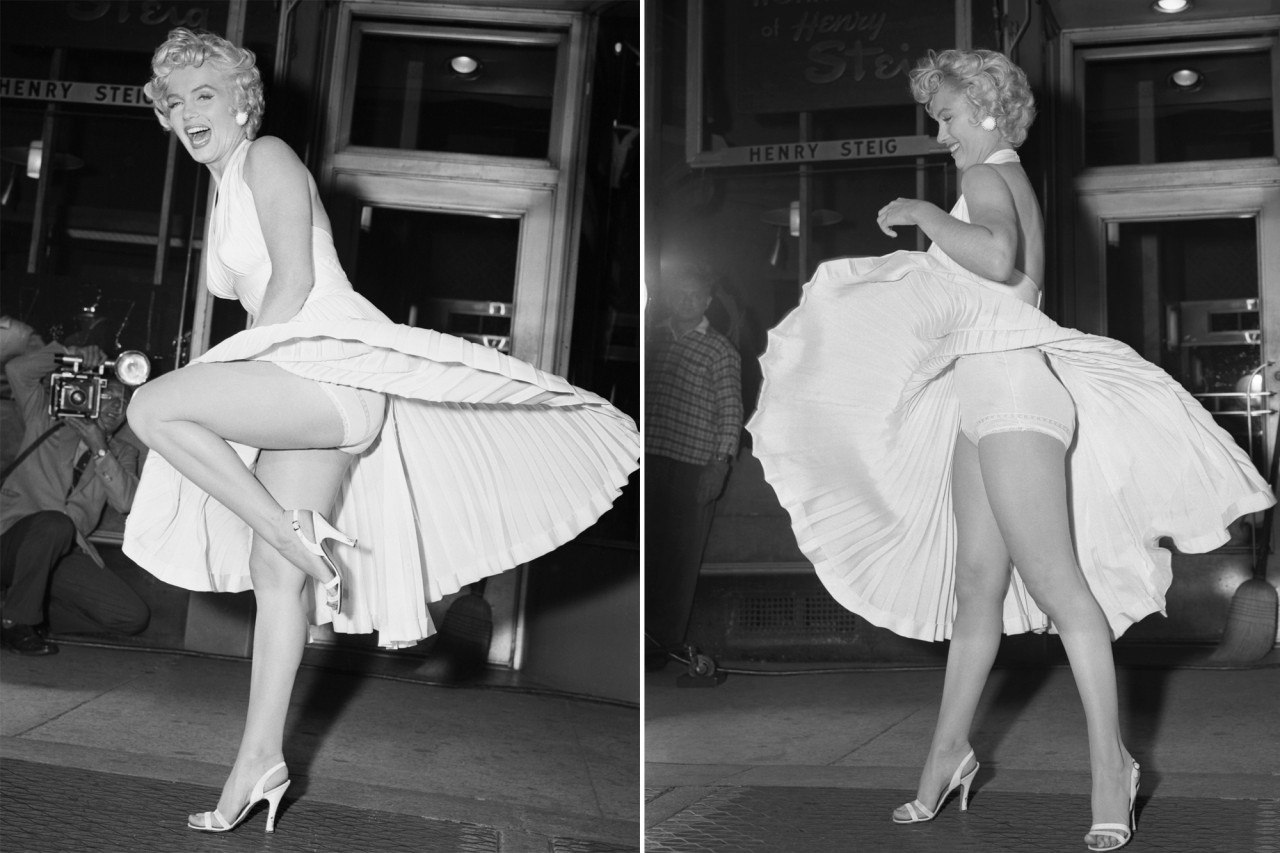 Marilyn Monroe’s famous rump is getting a bad reputation.

In April, a 26-foot-tall monument of Marilyn Monroe was permanently returned to Palm Springs, Florida, after spending the previous seven years in various places. Unfortunately, it is not well received by many, who are calling for the sculpture to be removed or replaced.

It is now creating a stir with the #MeToo movement

The fact that children will see Monroe’s underwear is the main source of worry.

The “Forever Marilyn,” sculpture by Seward Johnson is inspired on a scene from the 1955 film “The Seven Year Itch” in which the Hollywood actress is standing over a subway grate wearing the iconic white halter dress, which blows up as a train goes by. The scene went on to become one of the most iconic moments in film history, and the image of Monroe’s dress battling the upward airflow is one of her most renowned.

Marilyn Monroe poses over a Manhattan subway grate during the filming of “The Seven Year Itch” on Sept. 16, 1954.
Getty Images

The massive artwork was originally placed in Palm Springs from 2012 to 2014, and it was one of the city’s most popular attractions.

According to Aftab Dada, managing director of the Palm Springs Hilton and Head of PS Resorts, this is why he has spent years attempting to return the monument to the desert.

“She makes [the] majority of the people very happy. The photos taken, and being transmitted all over the world, will do nothing but benefit the city of Palm Springs,” he said.

He now intends to conduct an independent assessment to determine the economic worth of the monument to the city.

The monument is now being considered an eyesore and sexist by a group of locals who have petitioned for its removal.

It says, “We challenge Palm Springs to find more appropriate ways to honor her memory and the true legacy of Marilyn Monroe.”

Multiple protests, a popular petition, a legal action and a small fire have not been enough to stop a supersized and hyper-sexualised Marilyn Monroe sculpture being installed on a public site next to the @PSArtMuseum #metoomarilyn https://t.co/Bj3jDoruly

“It’s blatantly sexist,” she said, adding that the statue objectifies the symbol by encouraging “upskirting,” which is described as photographing a person’s genital region without their consent. In the state of California, it is considered a criminal misdemeanor crime.

“She wanted to be taken seriously as an artist and not just a sexual icon. We join others in asking the City of Palm Springs to venerate-not defile-her memory,” the petition reads.

It has received over 40,000 signatures and calls on the council to rethink its decision.

When it was exhibited at Chicago’s Pioneer Court (400 block of North Michigan Avenue) in July 2011, it sparked discussions about poor taste and what constitutes art, and it was also a popular tourist attraction until it was removed in May 2012.

Members of the community are saying that when “Forever Marilyn” makes her permanent return to the city center seven years later, it sends an ass-backwards message to youngsters who visit the Palm Springs Art Museum. (The statue is set to stand near the institution’s entrance, with Monroe’s well-rounded back facing visitors as they leave.)

During a city council meeting in November last year regarding the statue’s placement, Louis Grachos, director of the Palm Springs Art Museum, explained, “The thought of those kids leaving our museum and having the first thing they see is the undergarments and underwear of this enormous Marilyn sculpture would be highly offensive.”

Aside from the fact that the full-figured statue flashes children, protestors claim that the monolith is “sexist,” and that its location violates municipal laws and highway planning standards.

“We’re sticking to the street and highway code and the ways in which Palm Springs did not follow its own rules in the process of closing this street,” fashion designer Trina Turk told the outlet.

Monroe, who died in 1962, was a regular visitor to the area, which is approximately two hours away from Hollywood.