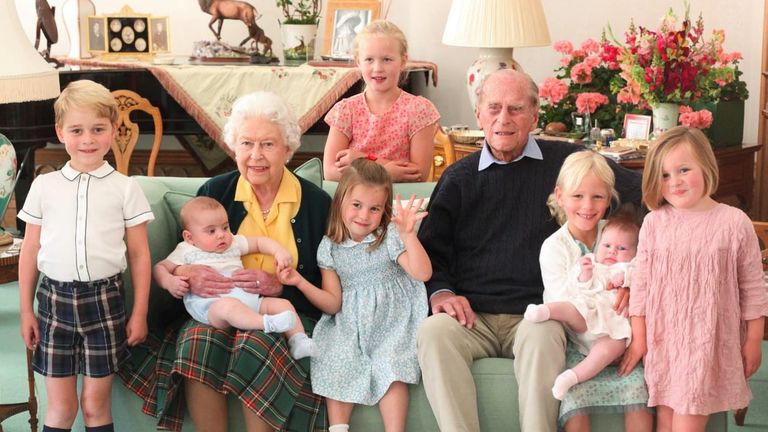 Queen Elizabeth saw her new great-grandchild for the first time, and though it wasn’t in person, it was still a memorable occasion.

The Queen had a video call with the daughter of Prince Harry and Meghan Markle, who has already made history as the first child of senior members of the royal family to be born in America.

According to a royal insider, the royal couple made a video call to the Palace after arriving home from the hospital.

“They were very excited and couldn’t wait to share that their daughter arrived,” the insider told PEOPLE magazine.

The couple gave birth to their second child at the Santa Barbara Cottage Hospital, which is near to their home in Montecito.

According to the source, Harry and Meghan informed Queen Elizabeth of their daughter’s name decision, which was undoubtedly a memorable occasion.

According to royal historian Robert Lacey, Prince Harry and Queen Elizabeth have developed a “remarkable bond” in the years since Princess Diana’s untimely death in 1997.

Lacey explains, “She was a sort of stepmother for both Harry and William. We have all focused on her coaching of William as the future King, but we are realizing now the importance of the emotional bonds that she’s been able to establish with Harry and their ability to talk to each other directly. That affection remains.”

Before the official announcement of Lilibet’s birth on June 6, two days after her birth, Queen Elizabeth was reportedly informed about the baby. They announced the birth of their daughter on their website Archewell, stating that they named her Her Majesty’s nickname as her first name and Diana as her second name as a reference to two of Harry’s most influential ladies.

“Both mother and child are healthy and well, and settling in at home,” a spokesperson for the Duke and Duchess stated.

“Lili is named after her great-grandmother, Her Majesty the Queen, whose family nickname is Lilibet.

“Her middle name, Diana, was chosen to honour her beloved late grandmother, the Princess of Wales.”

The families often communicate through video, with Harry telling James Corden on the Late Late Show in February that the Queen and Philip used Zoom to view their 2-year-old great-grandson, Archie.

At the time, Harry said, “They’ve seen Archie running around.” “My grandfather instead of pressing ‘leave meeting’ he just goes ‘doof’ (shuts the laptop). “So, we’re like ‘Ok, bye,’” he joked.

In June 2022, the Sussexes are expected to return to the United Kingdom for the Queen’s Platinum Jubilee festivities, which will honor her remarkable 70 years on the throne. Prior to that, Harry will go to London on his own to attend the inauguration of the Kensington Palace statue in honor of his mother on July 1.

In April, Harry returned for the burial of his grandpa, but he traveled to Windsor alone because Meghan was pregnant at the time.